Ice and Water was inspired by my visit to Alaska during the summer of 2000.

"My fascination with nature has had a profound influence on my works in recent years. The nature dwarfs human scale. My existence and art making seem temporal and humble compared to the eternal enormity of the Alaskan glaciers, the California desert, or the vast Pacific Ocean. I try to show time as a visual element and scale beyond human perception.

My new series, Ice and Water, was inspired by my visit to Alaska during the summer of 2000. Massive glaciers and endless ice fields were visually inspiring and spiritually captivating. Serene, peaceful mornings in the ice field and light-filtered evening mountains wrapped with soft fog gave me the solitude. When I am with nature, I find peace and spirituality. Daily stress of life and struggle of creating art seem trivial, thus freeing me to experiment in art.

For this series, I started working from the images of the blue and white glaciers. This series also became an homage to the blue and white Korean ceramics of the 18th century. Geometric forms are juxtaposed here against an impression of magnificent glacier, ocean, or mountains. I try to create harmony between contrasting elements: nature versus human, mortal versus immortal, object versus primal element.

In this series, I have continued to use tops and their trace markings as a metaphor for the frailty of life. I use much smaller scale tops in combination with large glaciers, in the spirit of the traditional Korean landscape paintings, where the human being is represented as a speck in an enormous universe. I may finally find peace with an ancient Korean philosophy that the universe, not us, is the center.

Reflecting back on thirty years as an artist, I consider myself lucky to have experienced two different cultures. I have gained broader resources to draw my ideas from. After graduating from Seoul National University in Korea, I came to study at the University of California, Berkeley. I was totally unprepared for Berkeley of the late 60s.

After the initial shock, I struggled between two very contradicting cultures and aesthetics. I started to re-evaluate and deprogram my early training. It gave me a chance to discover who I really was. And most importantly it taught me to not fear being lost or different. It was the beginning of a serious soul searching.

Whenever my artistic perspective was in crisis, I went back to the state of being a lost child of the Berkeley years. It has become a point of reference, an inspiration of freedom, and a source of strength.

Throughout my career, my work has evolved into many different aspects of art making, but what has remained consistent is that I thrive on the challenge of my previous work. I experiment with one piece after another instead of making a master piece. My entire career is one continuously struggling experiment."

The Ice and Water series was started in 2000, and continues today. 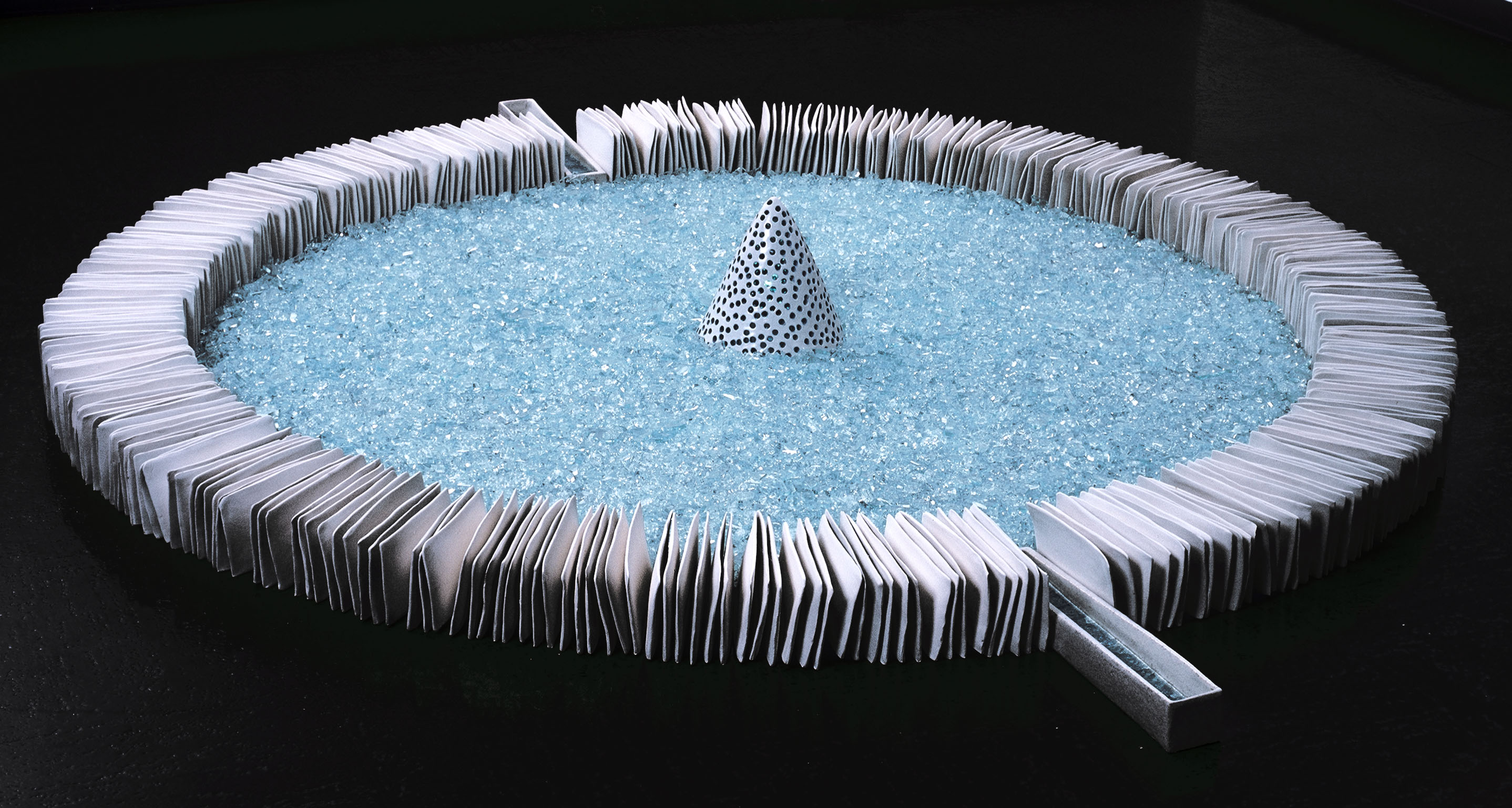 365 for One Installation
2006 stoneware clay, glass 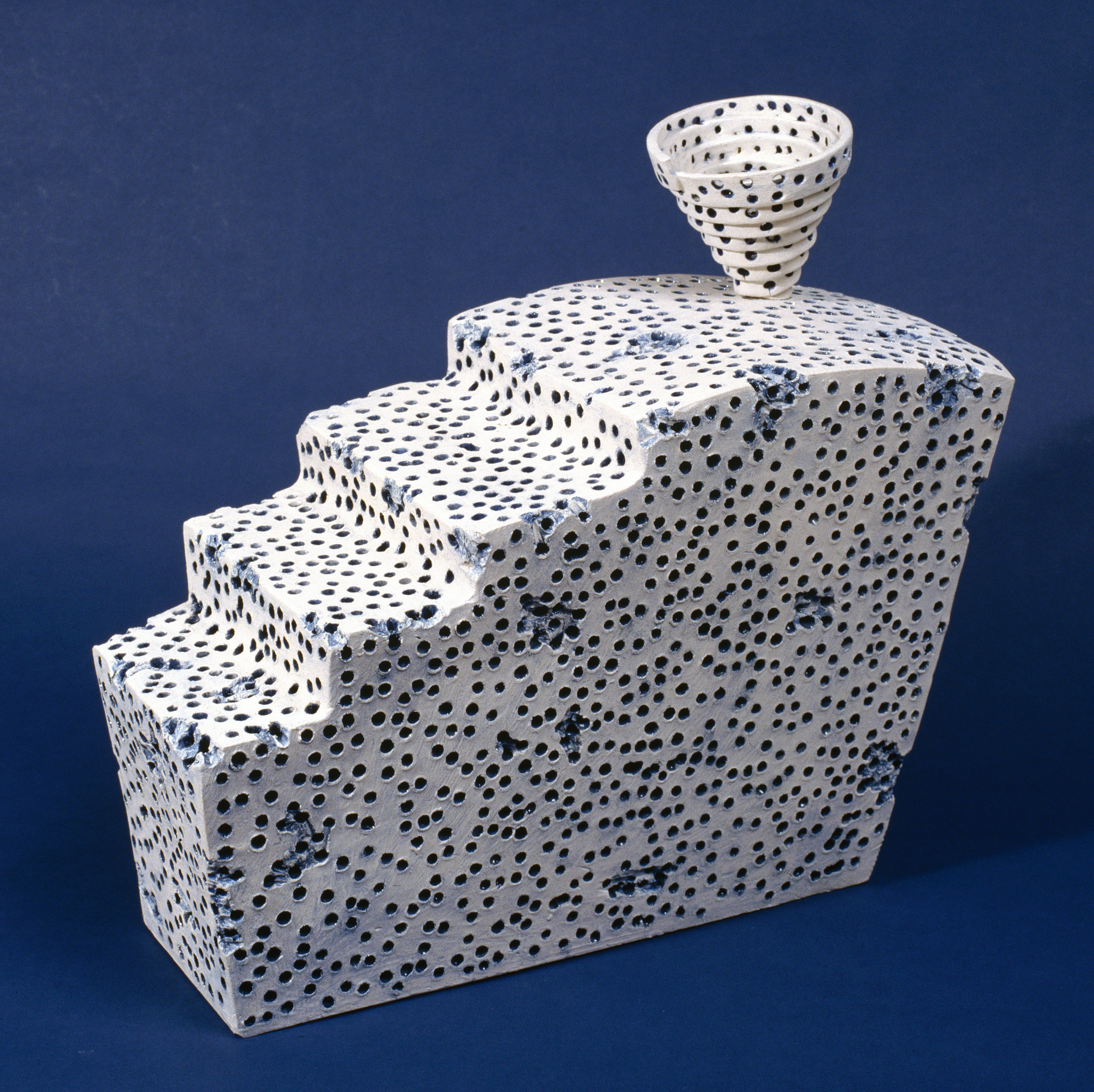 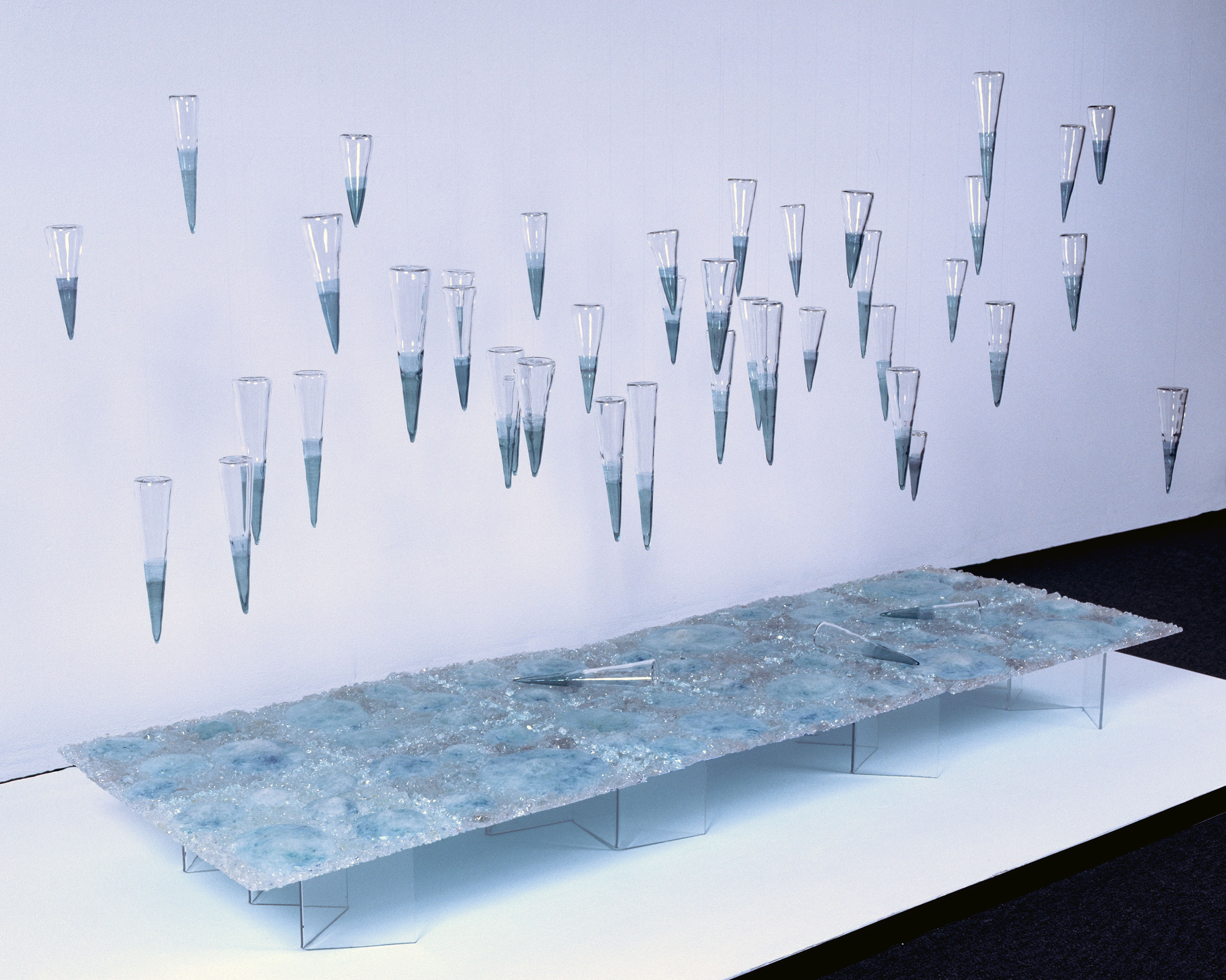 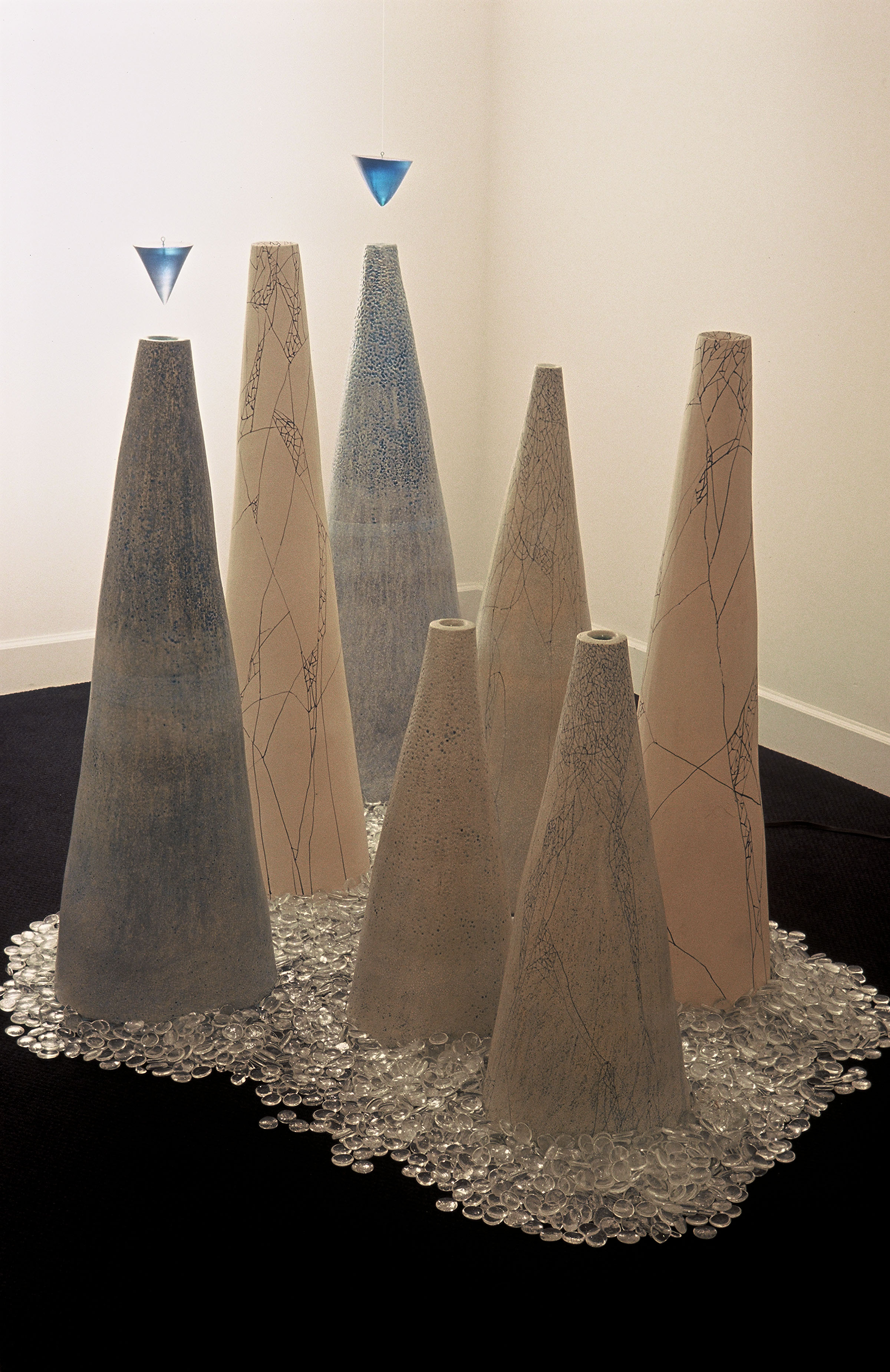 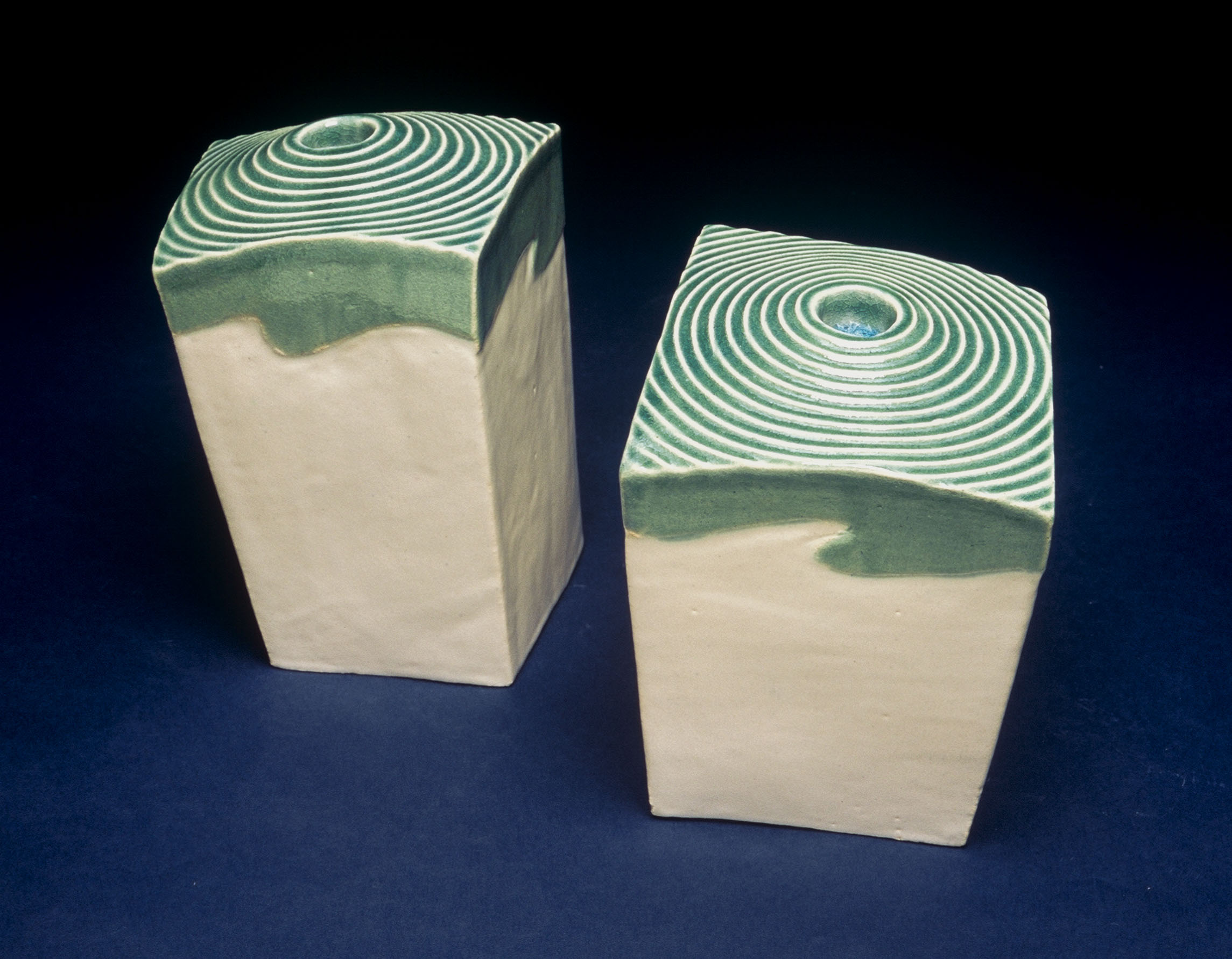 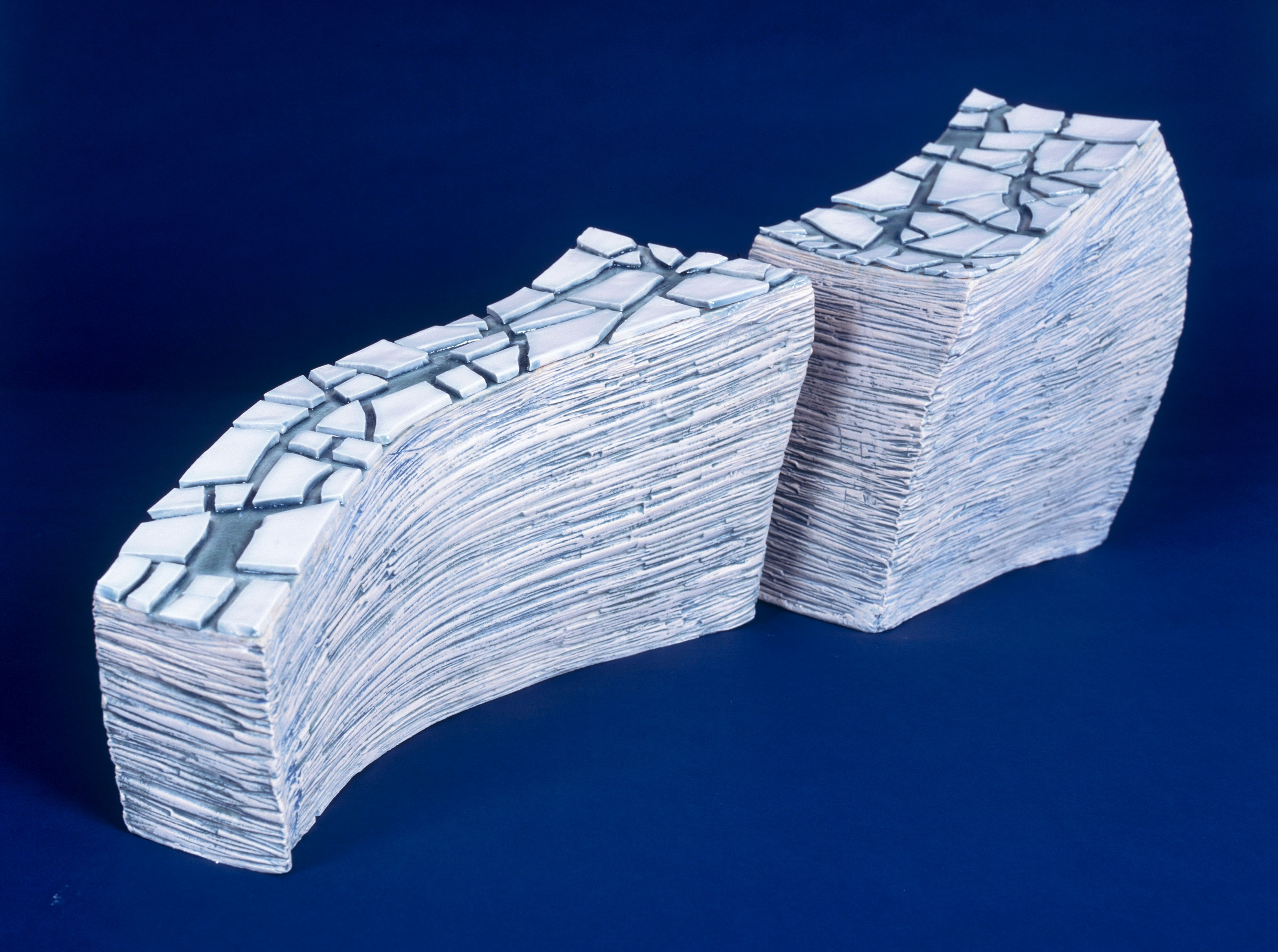 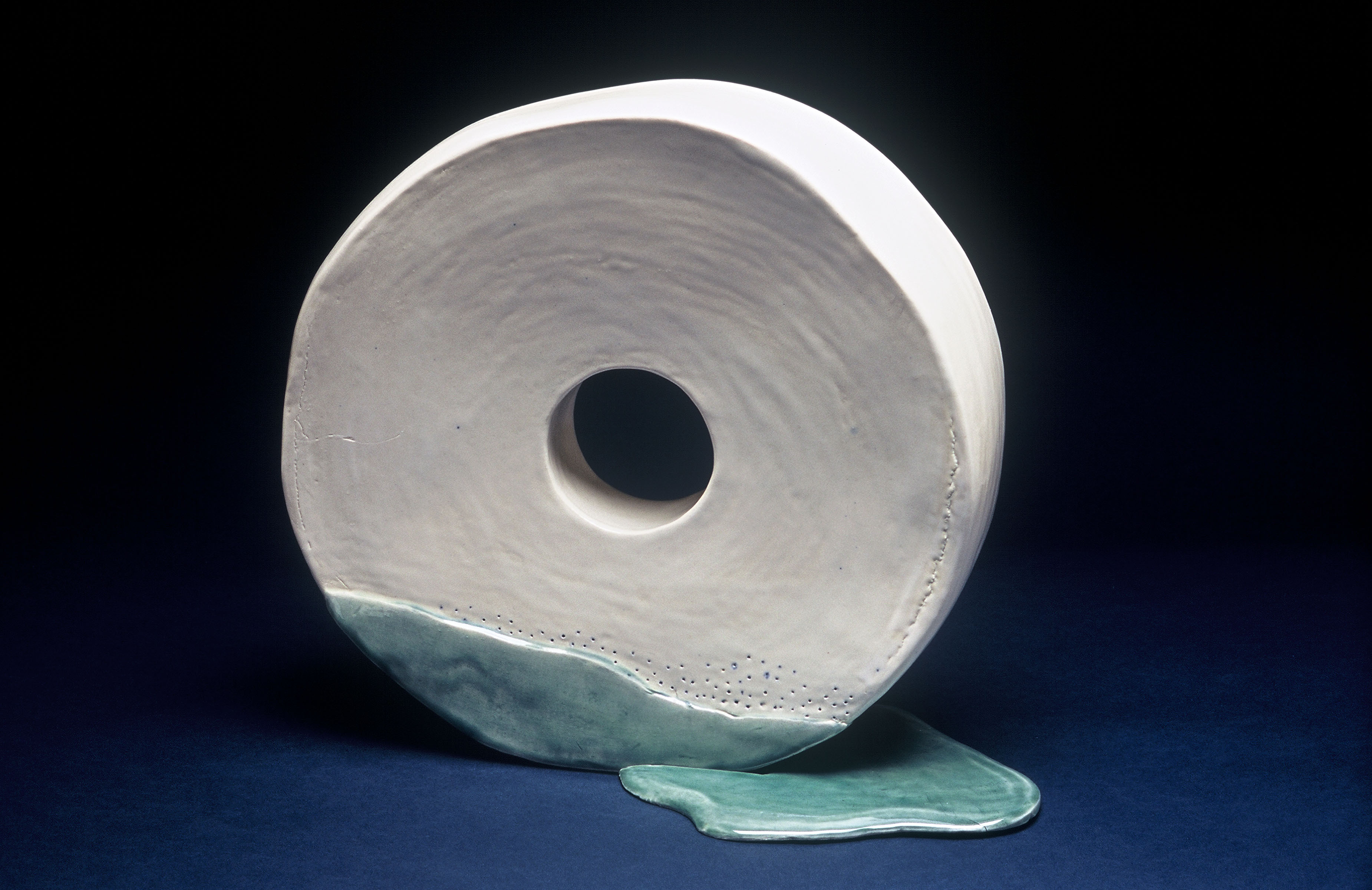 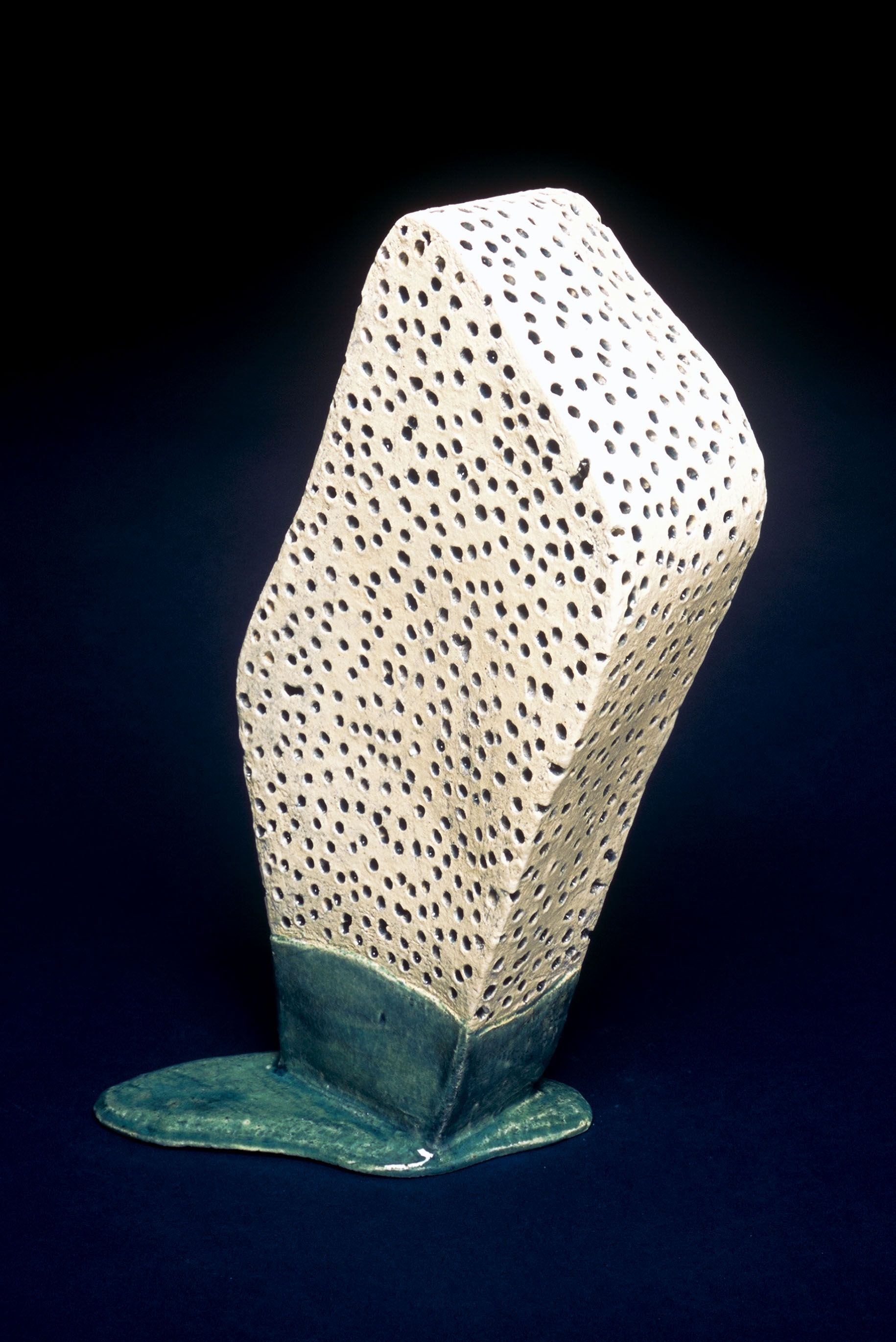 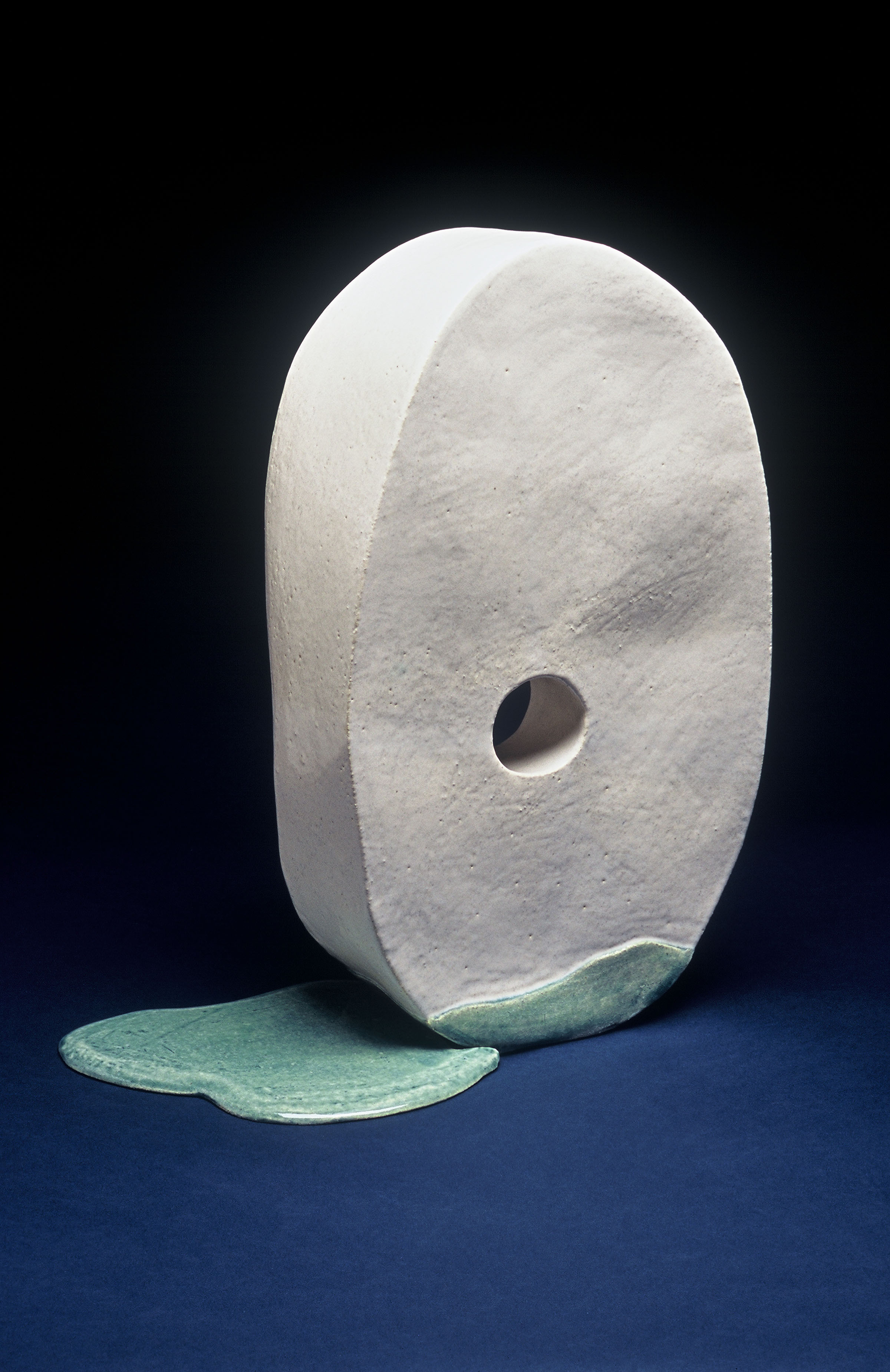 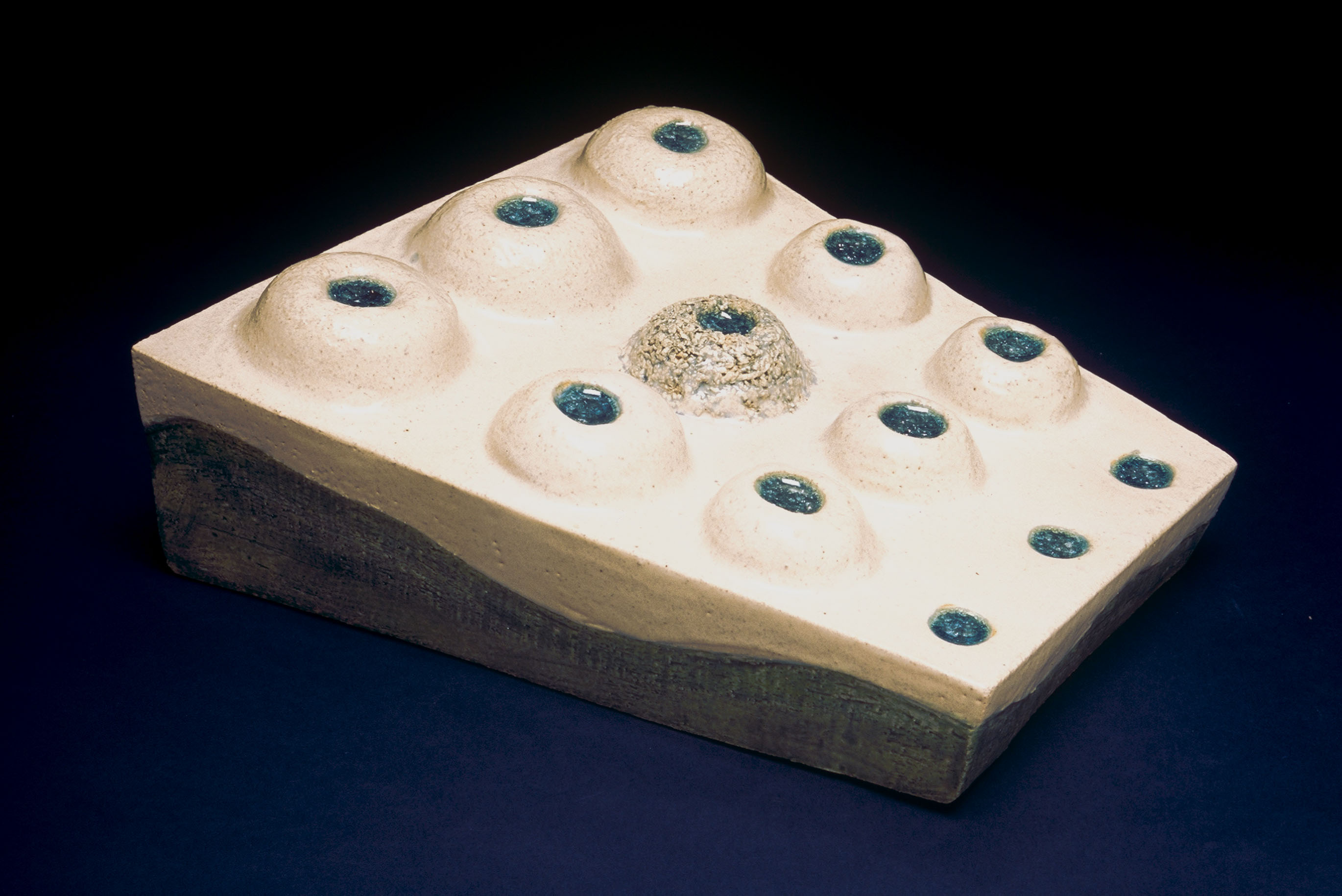 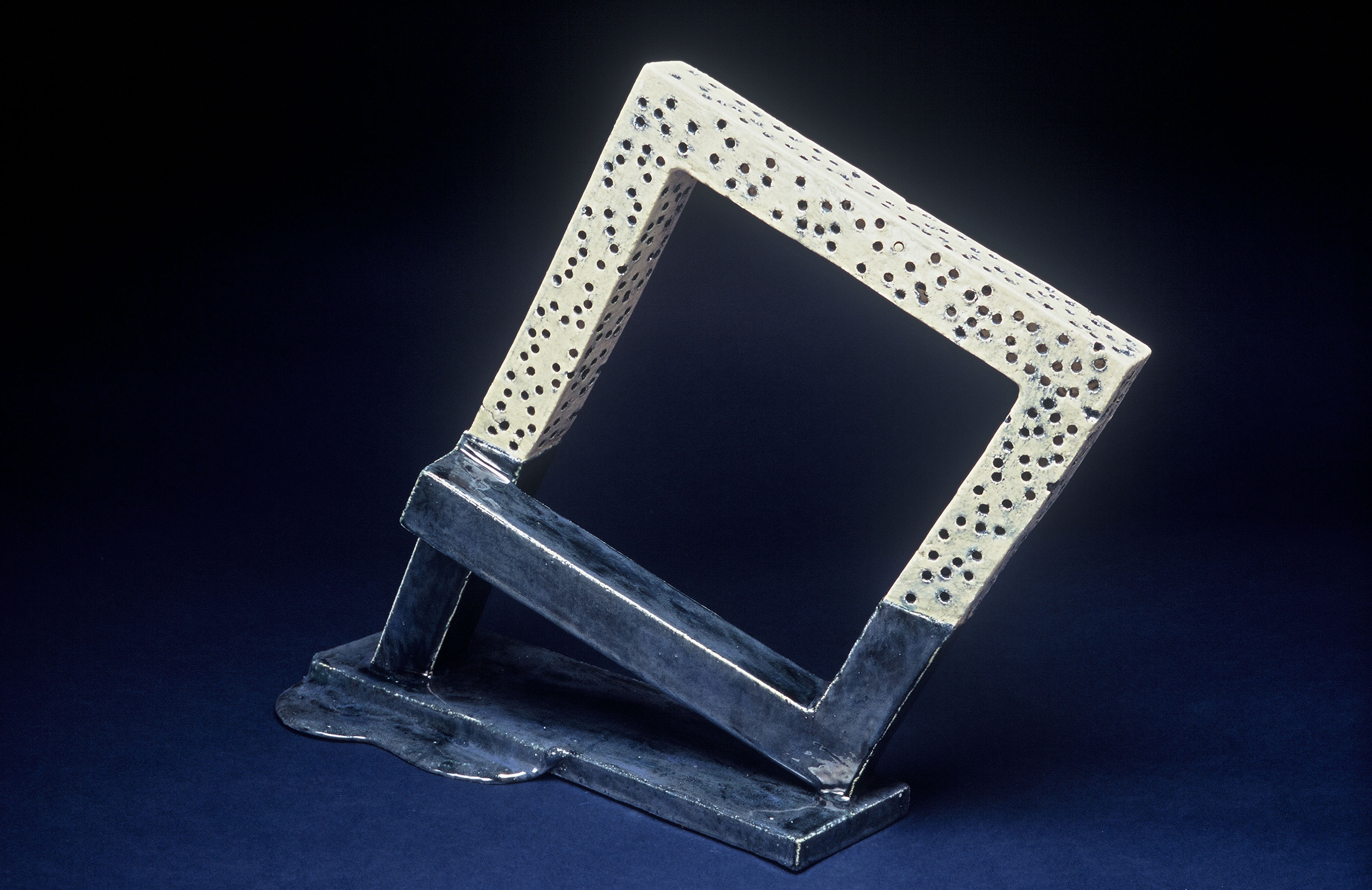 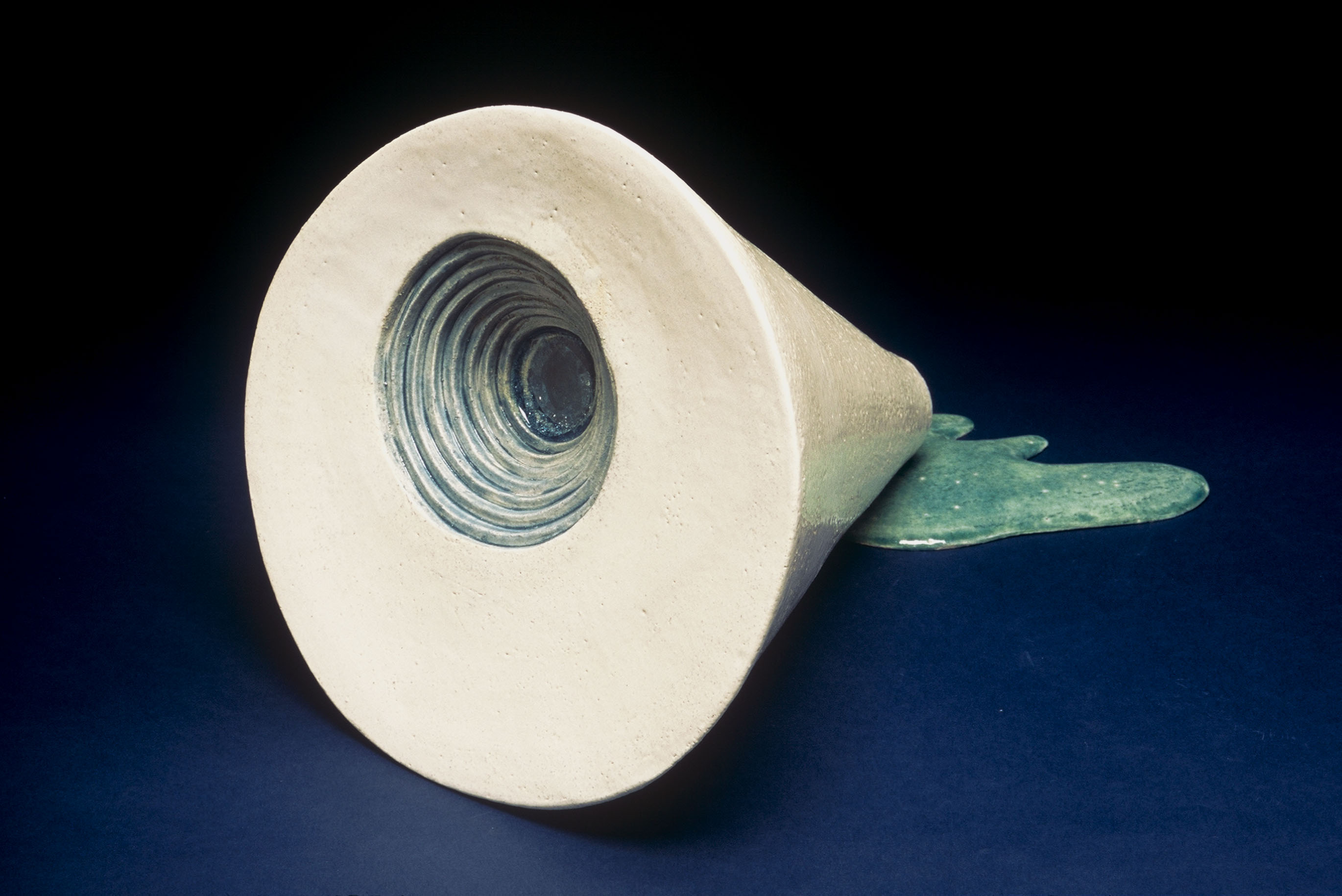 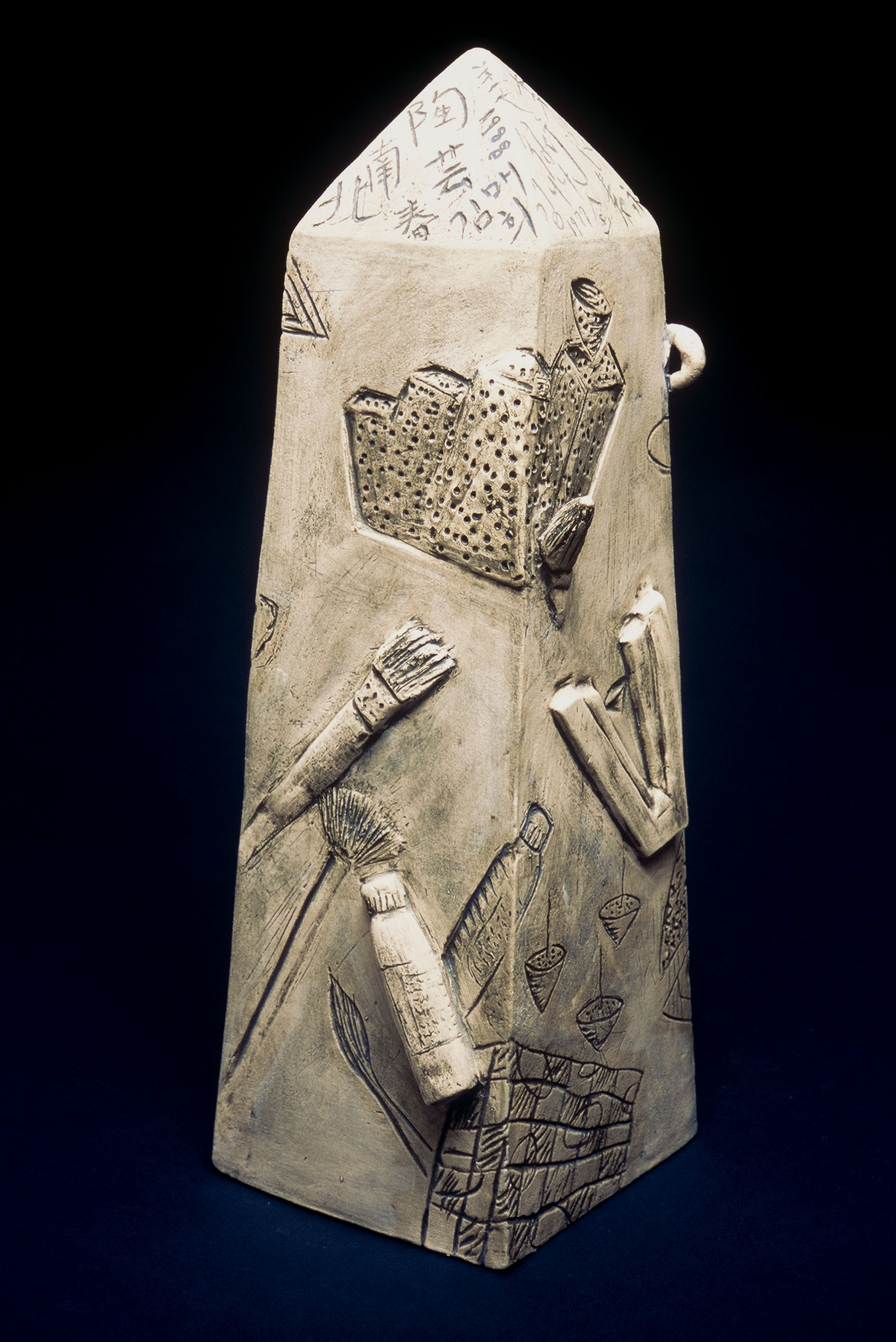 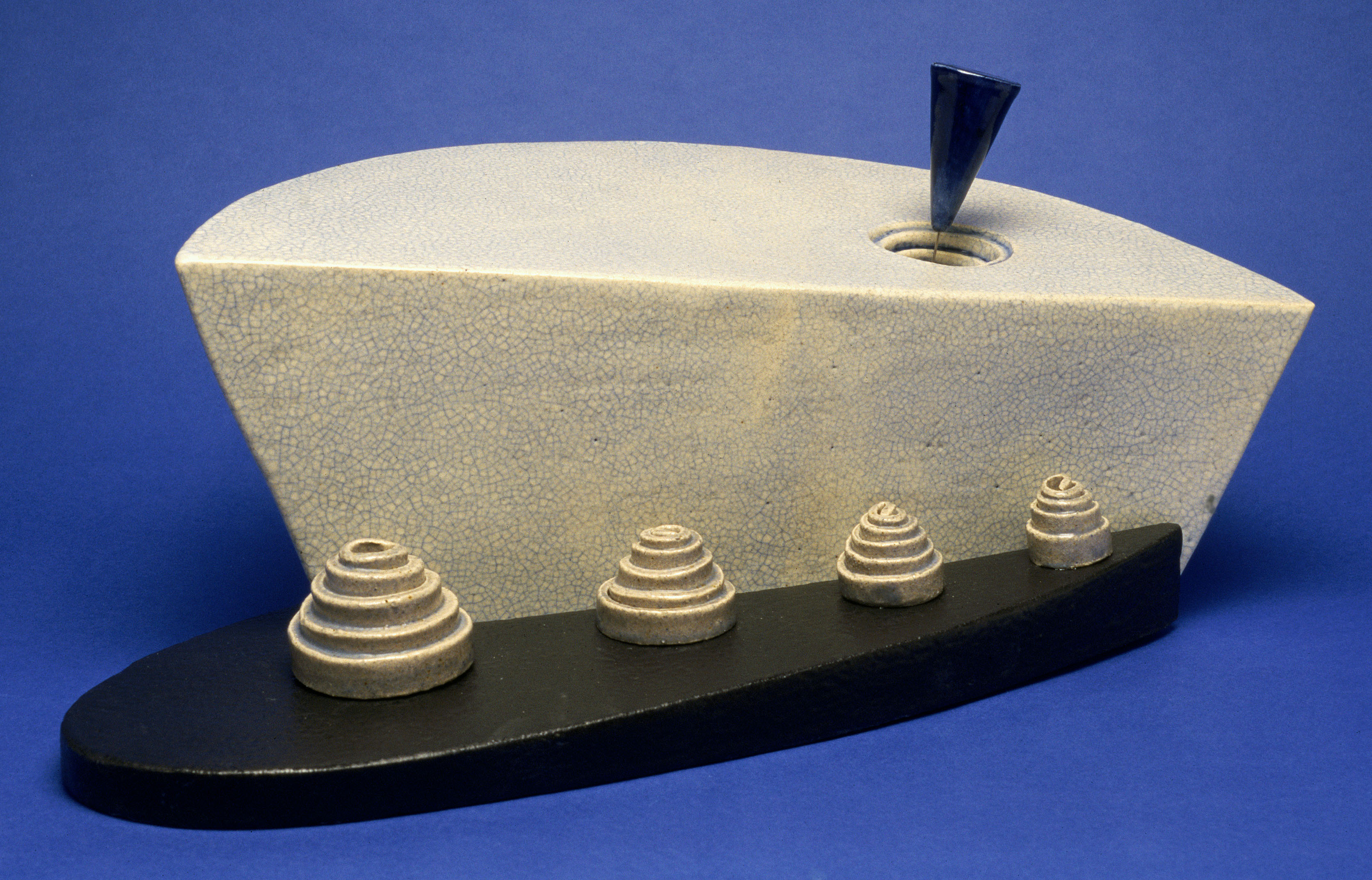 Shadow of the Glacier
2003 stoneware clay 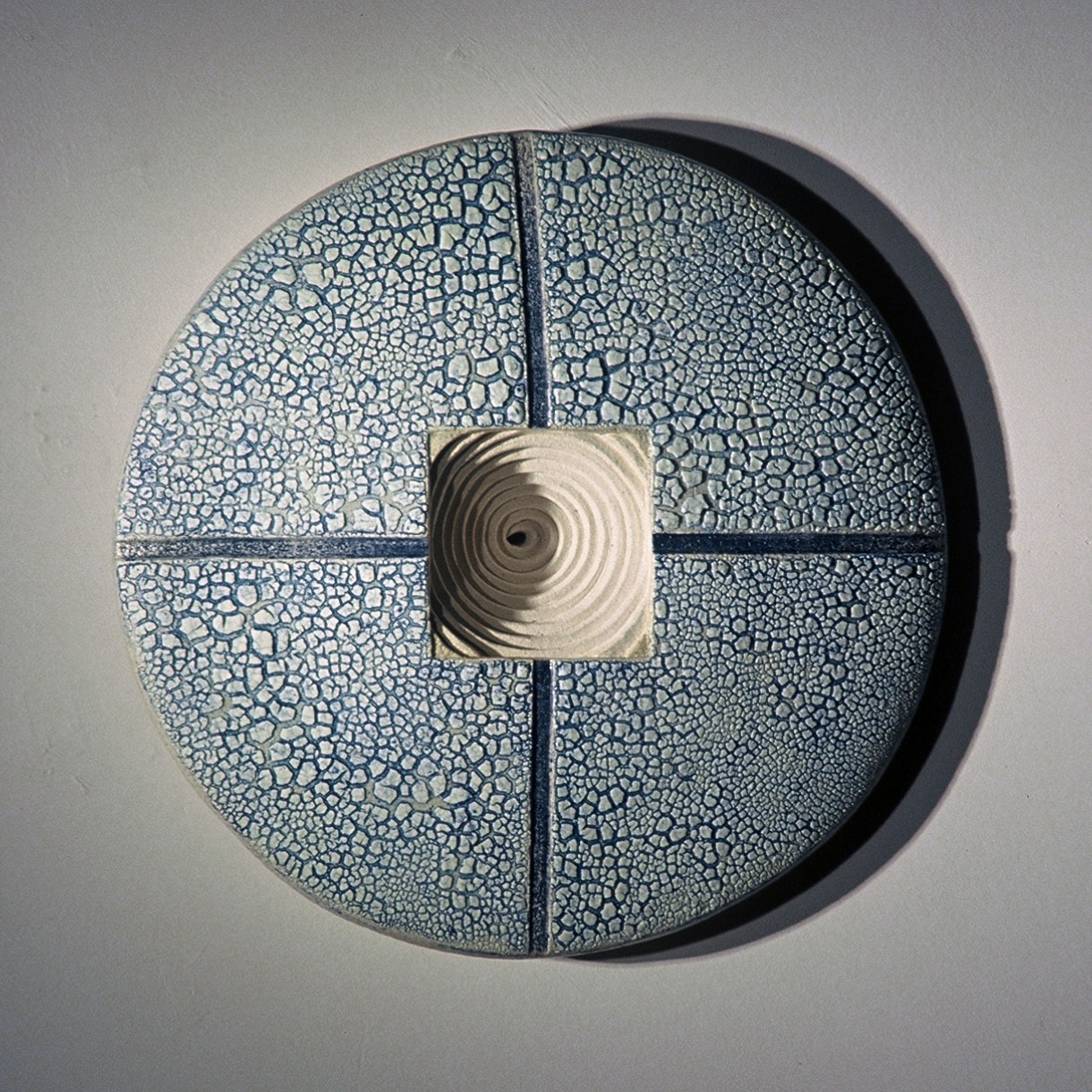 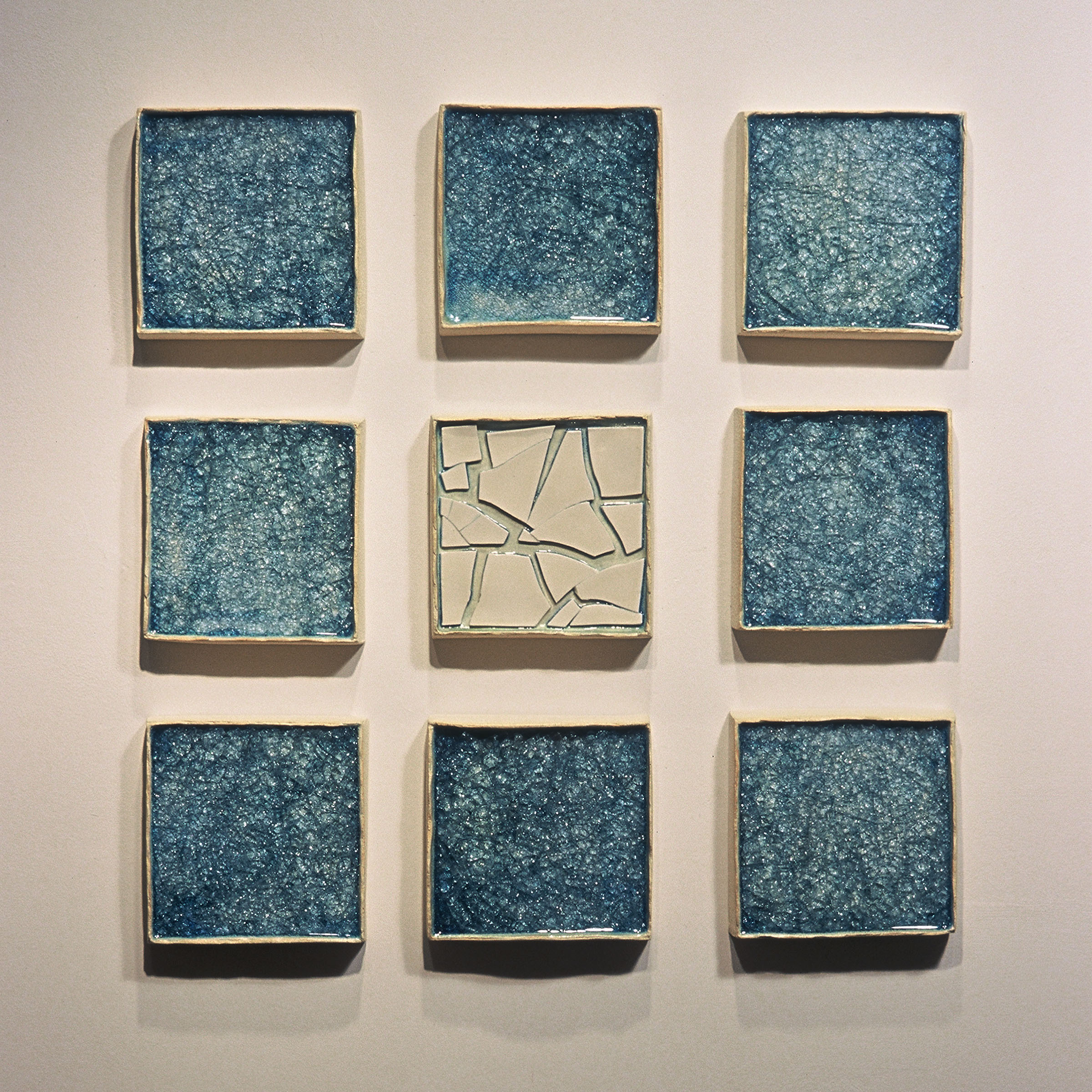 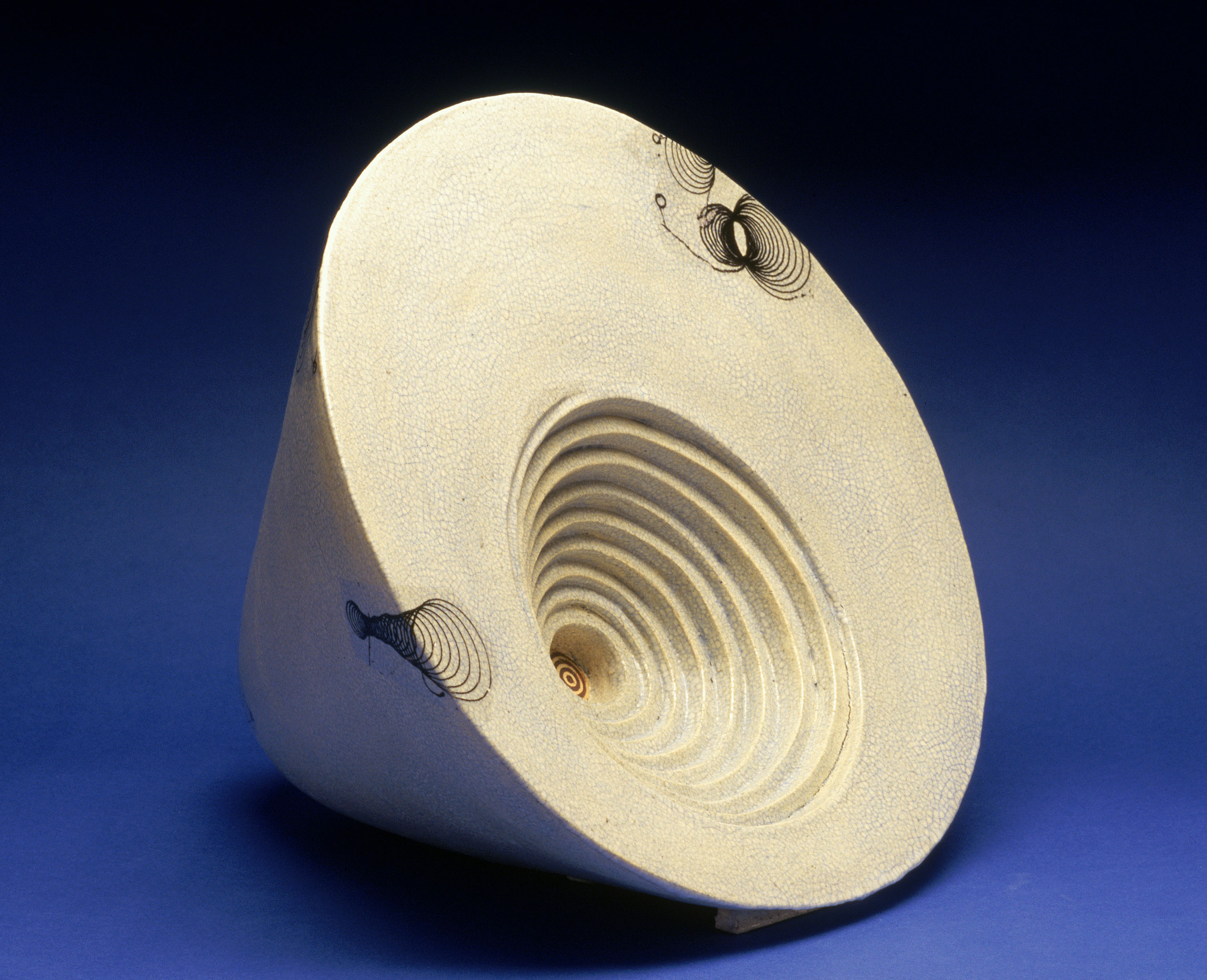