…with my Archaic series… I have been attempting to incorporate a sense of time as a visual element.

"When I was still involved with Heart and its Myths series, I had a chance to visit Rome and fell in love with it’s old architectural ruins. Visual and structural contents of ruins had all the elements that I was seeking with my Archaic series.

I have been attempting to incorporate a sense of time as a visual element. The first group of my works was inspired by various ruins of old civilizations that I visited and by shards of archaic pieces that I saw at various museums. I distort classical forms from the past historical periods and make pieces in which the old and the new coexist. It is achieved by making sequential pieces representing different times or a single piece with one side that looks deteriorated and the other side that looks new. Sometimes sequential shadows are added to suggest the different time of the day." 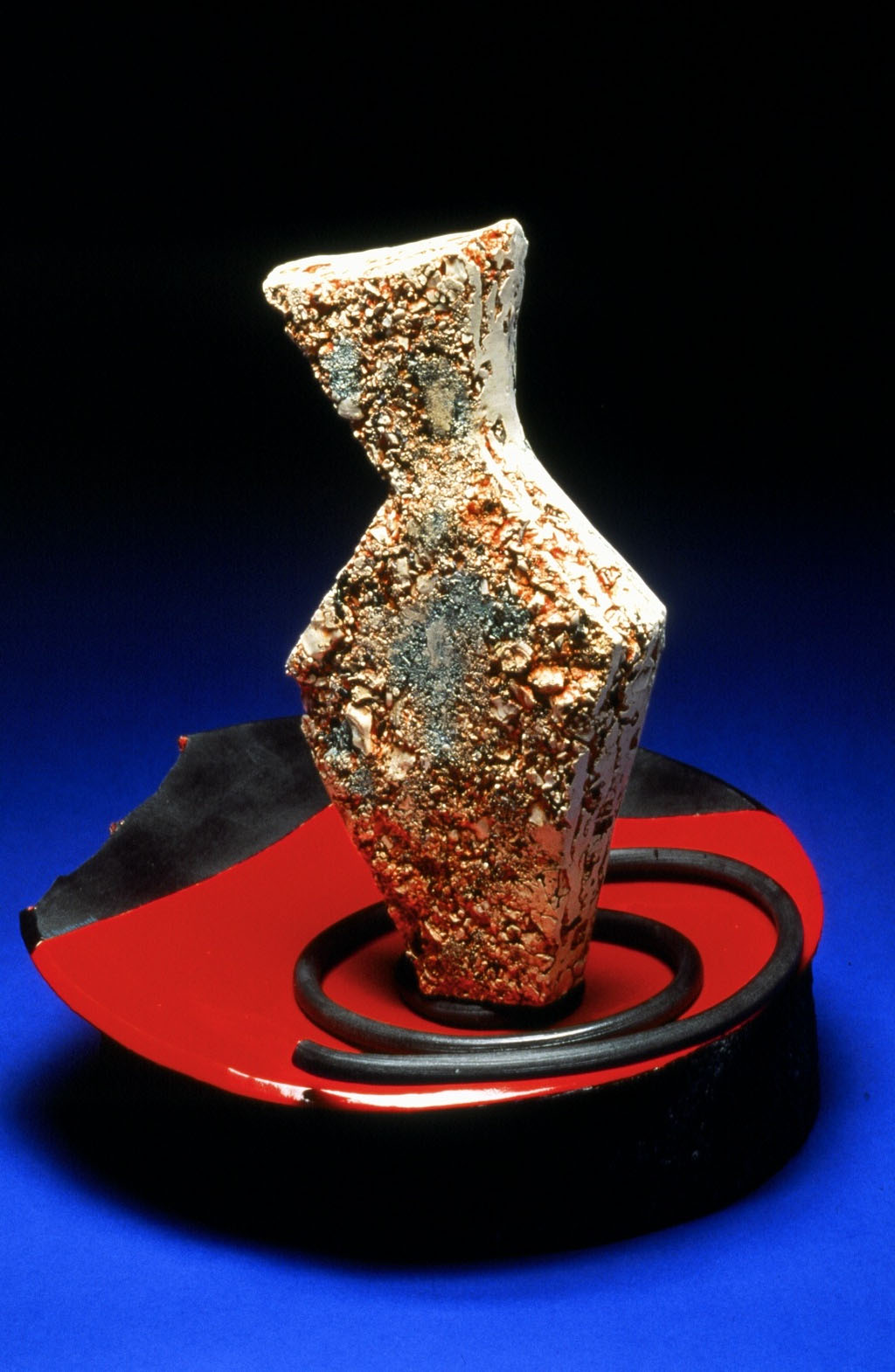 Vase: Through the Ages
1992 earthenware clay 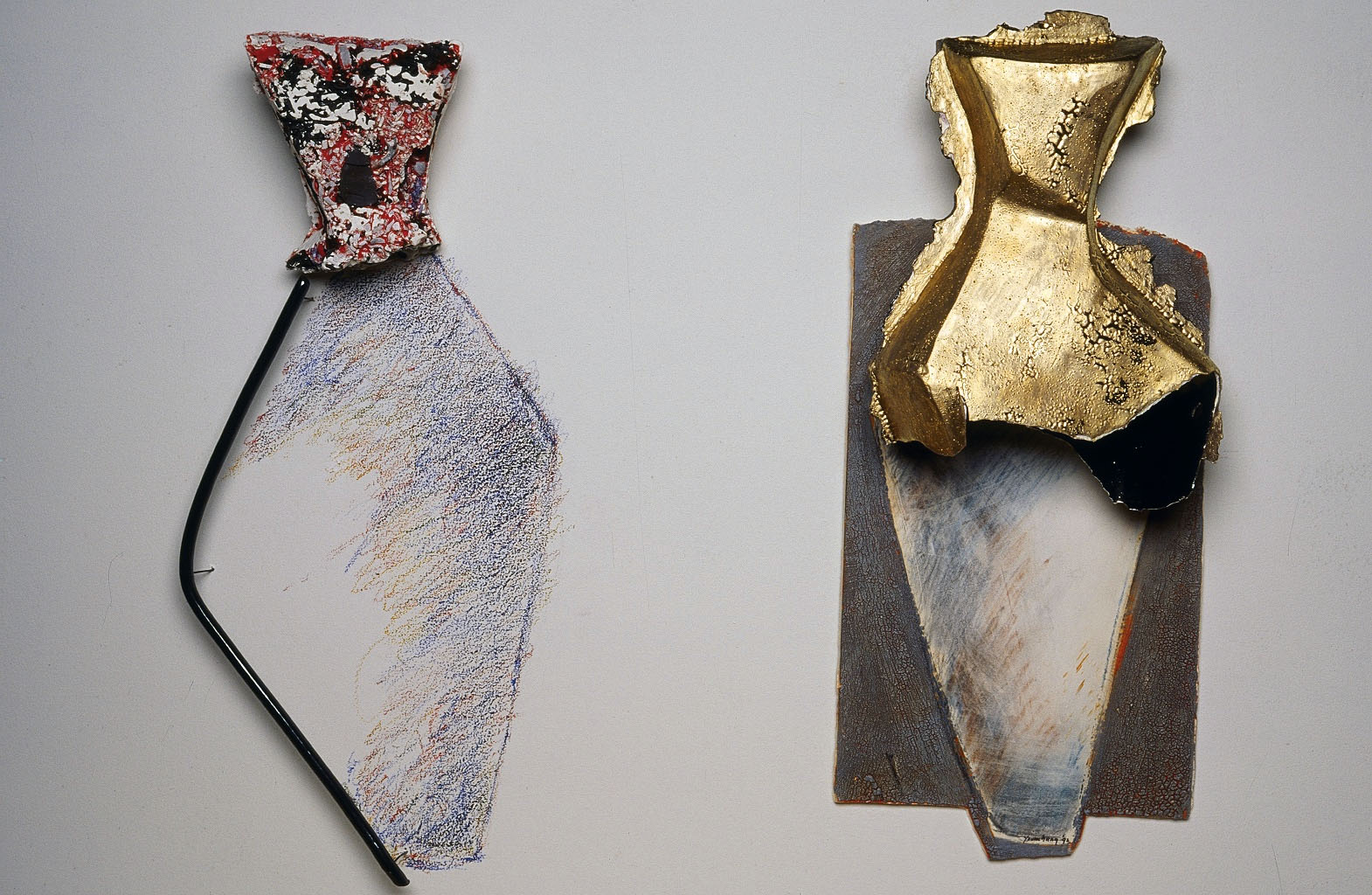 Vase: Then and Now I
1992 earthenware clay 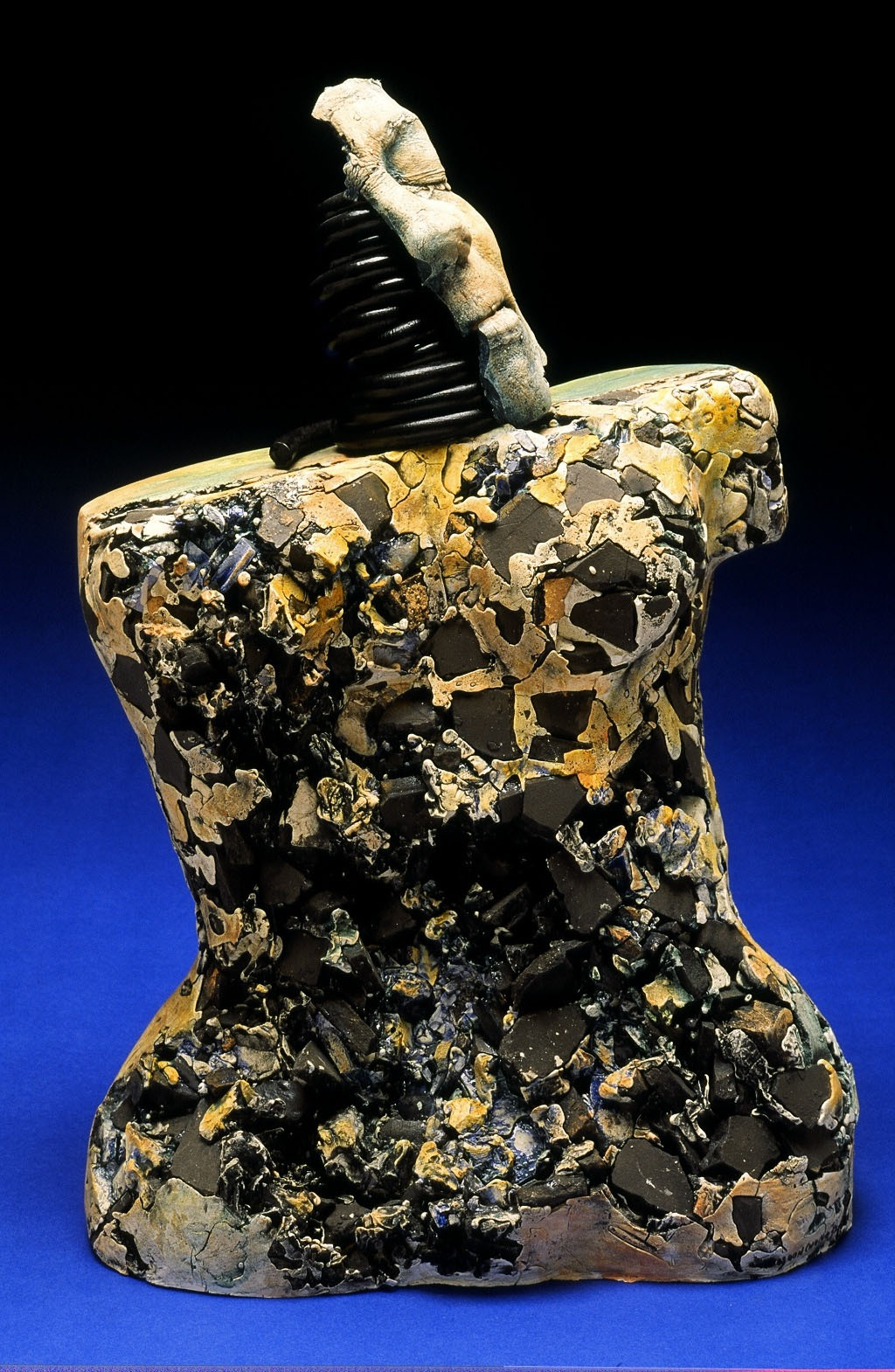 Through the Ages II
1996 stoneware clay 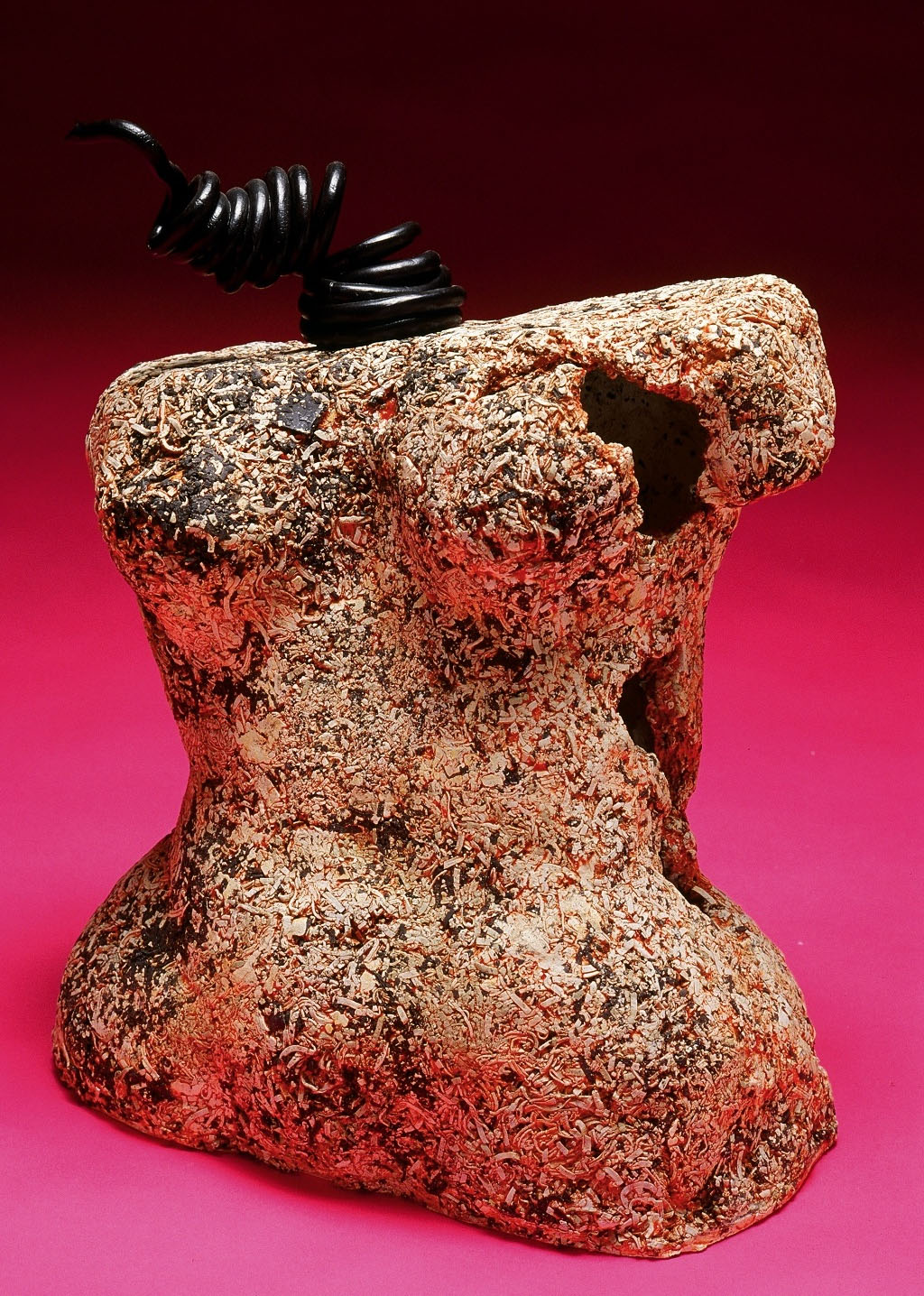 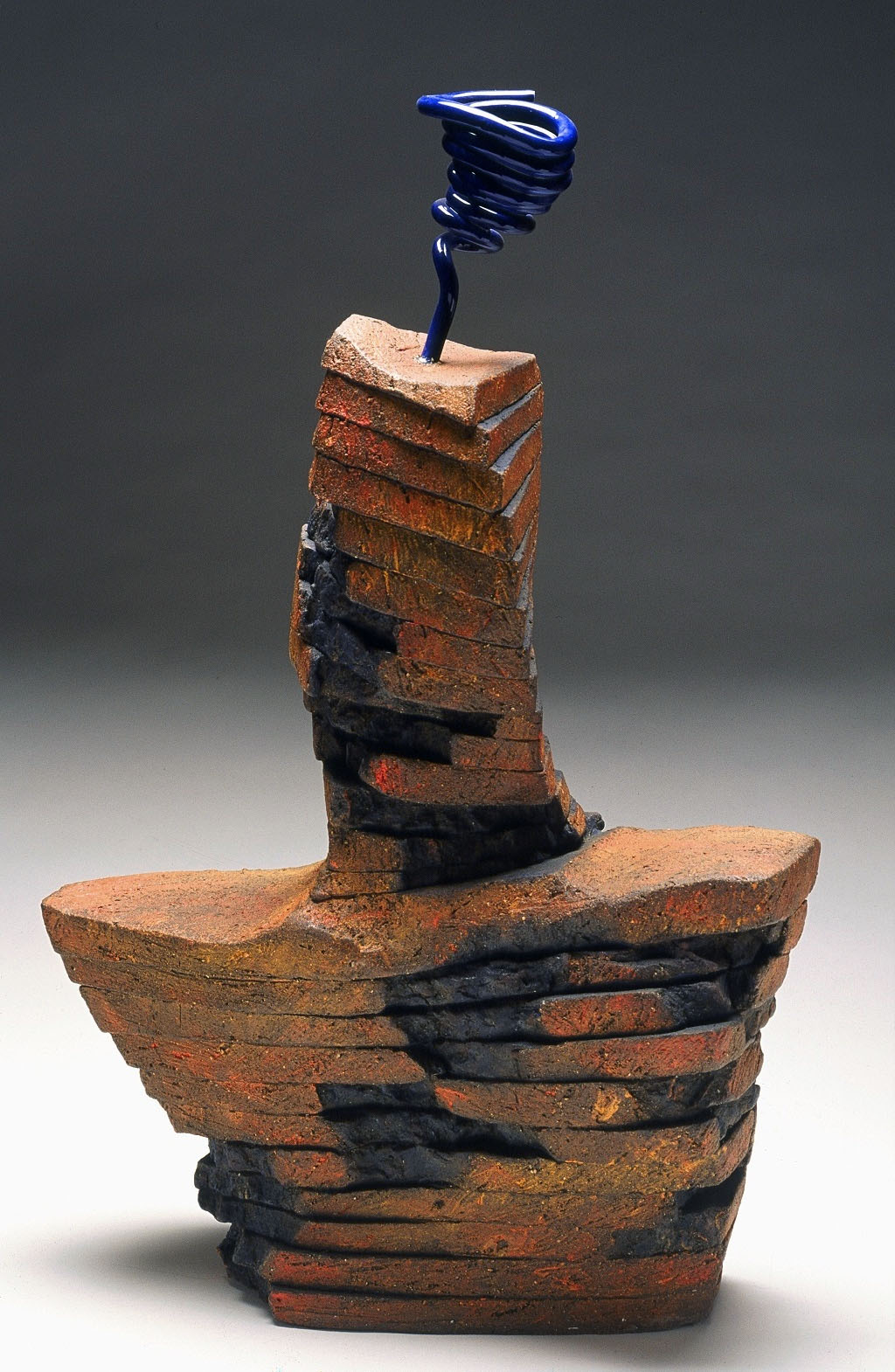 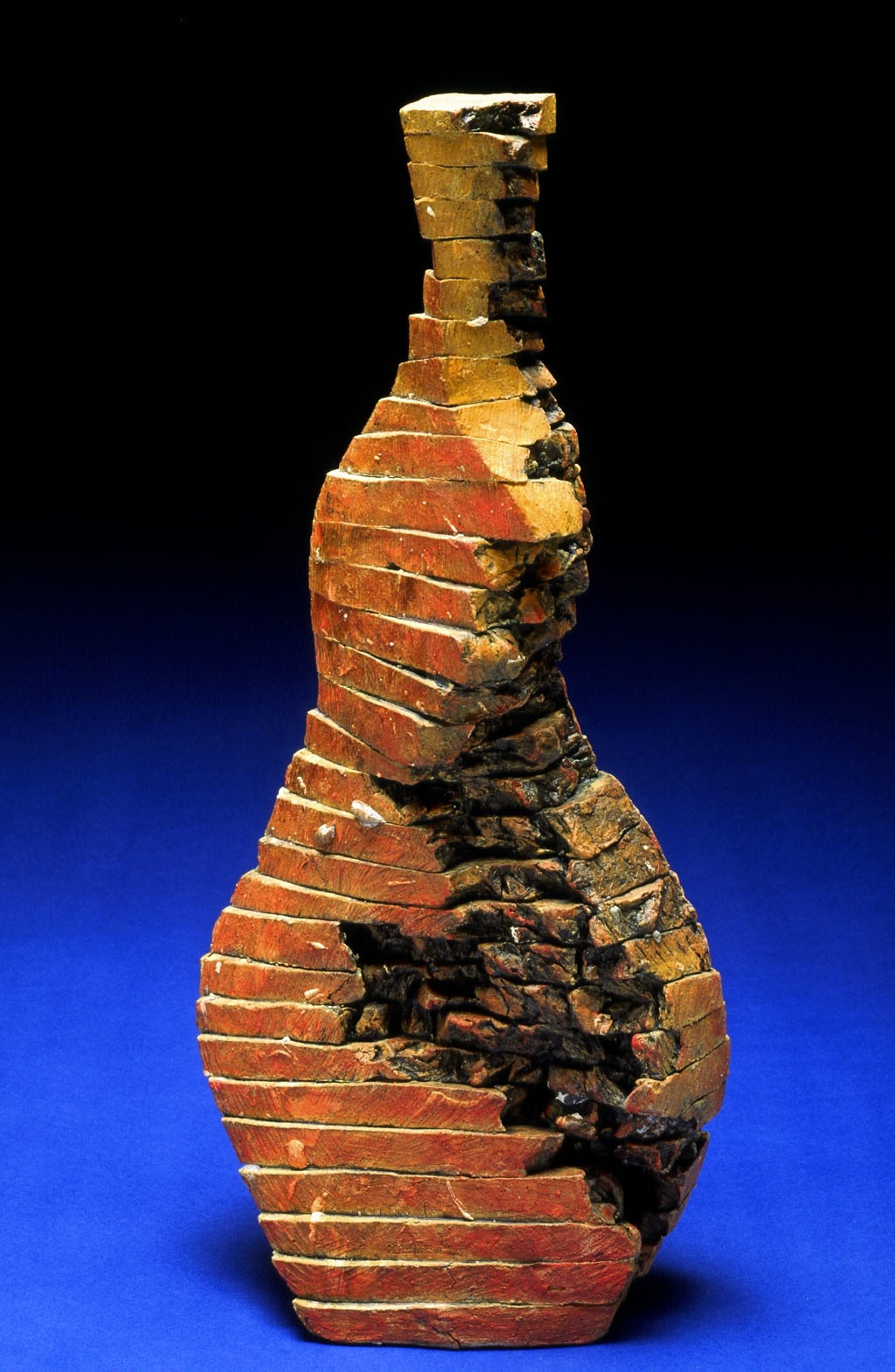 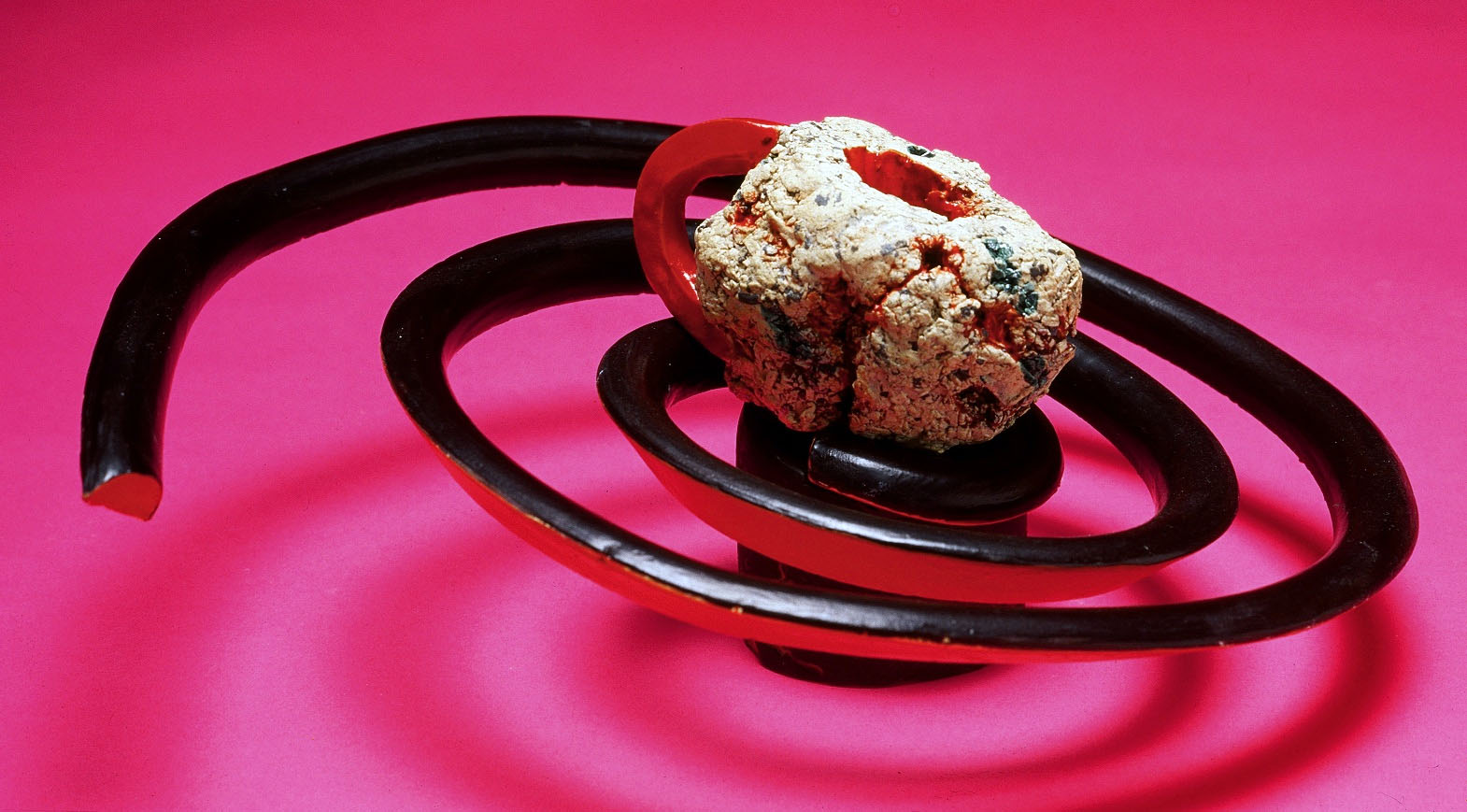 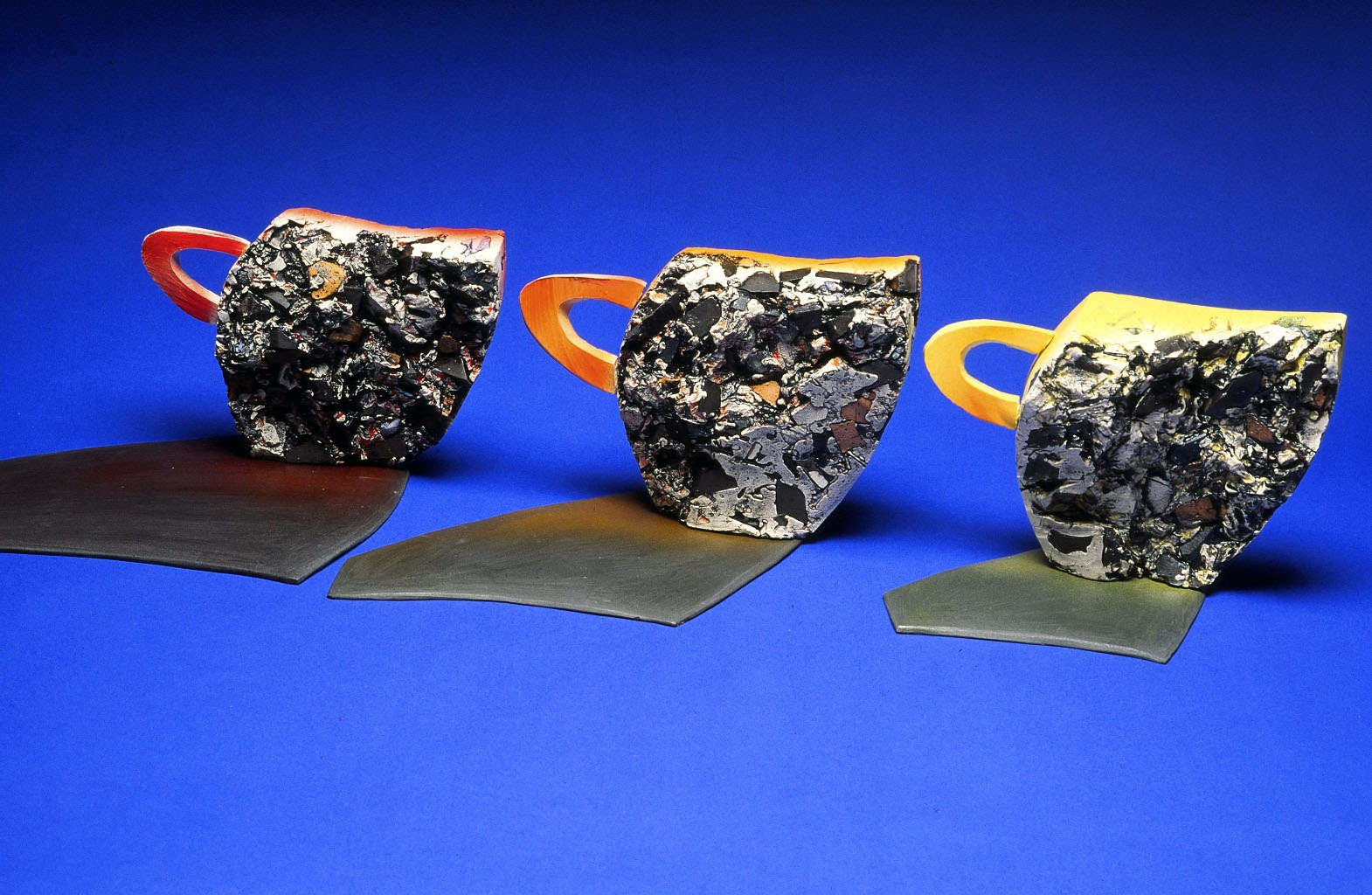 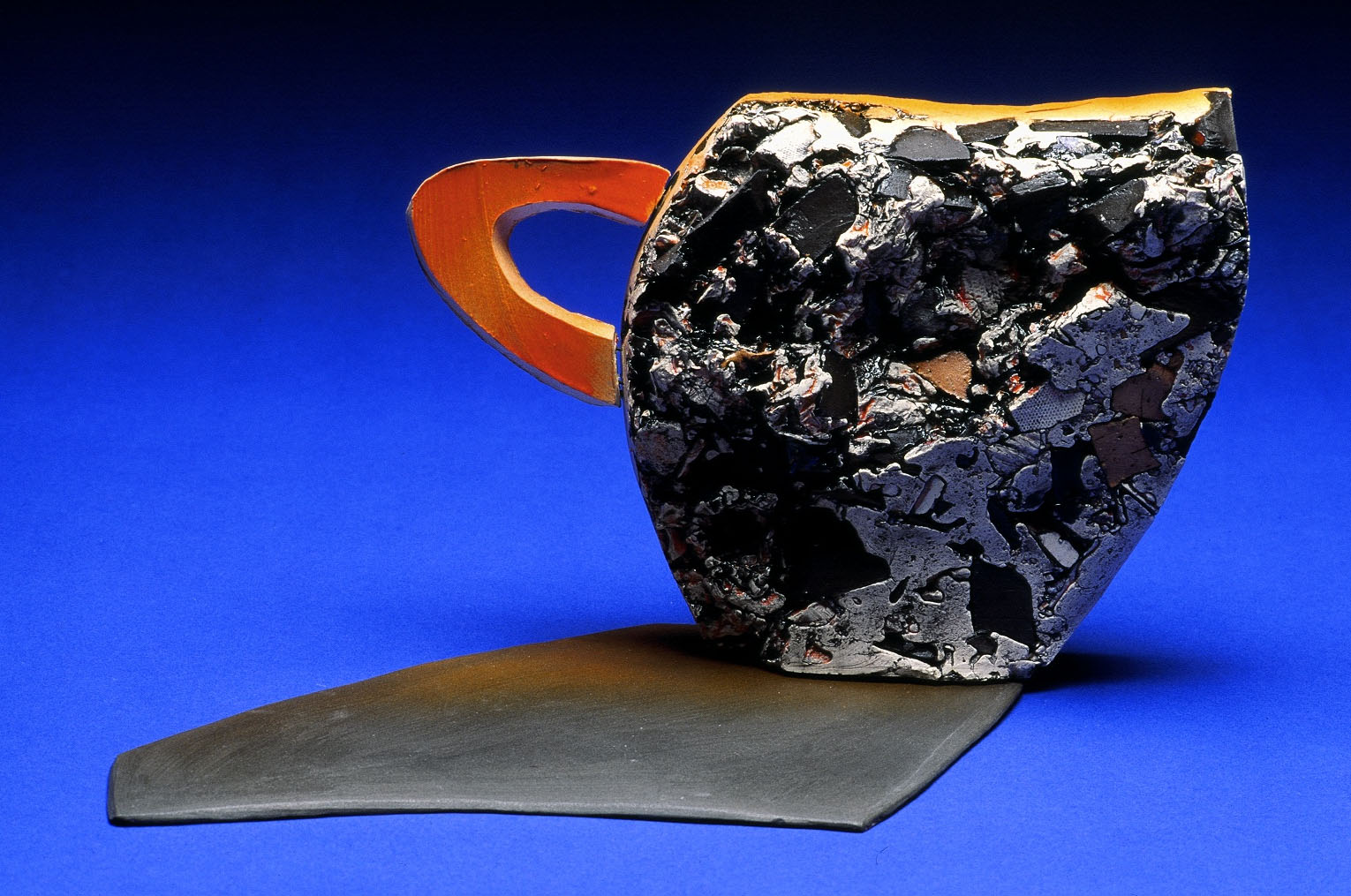 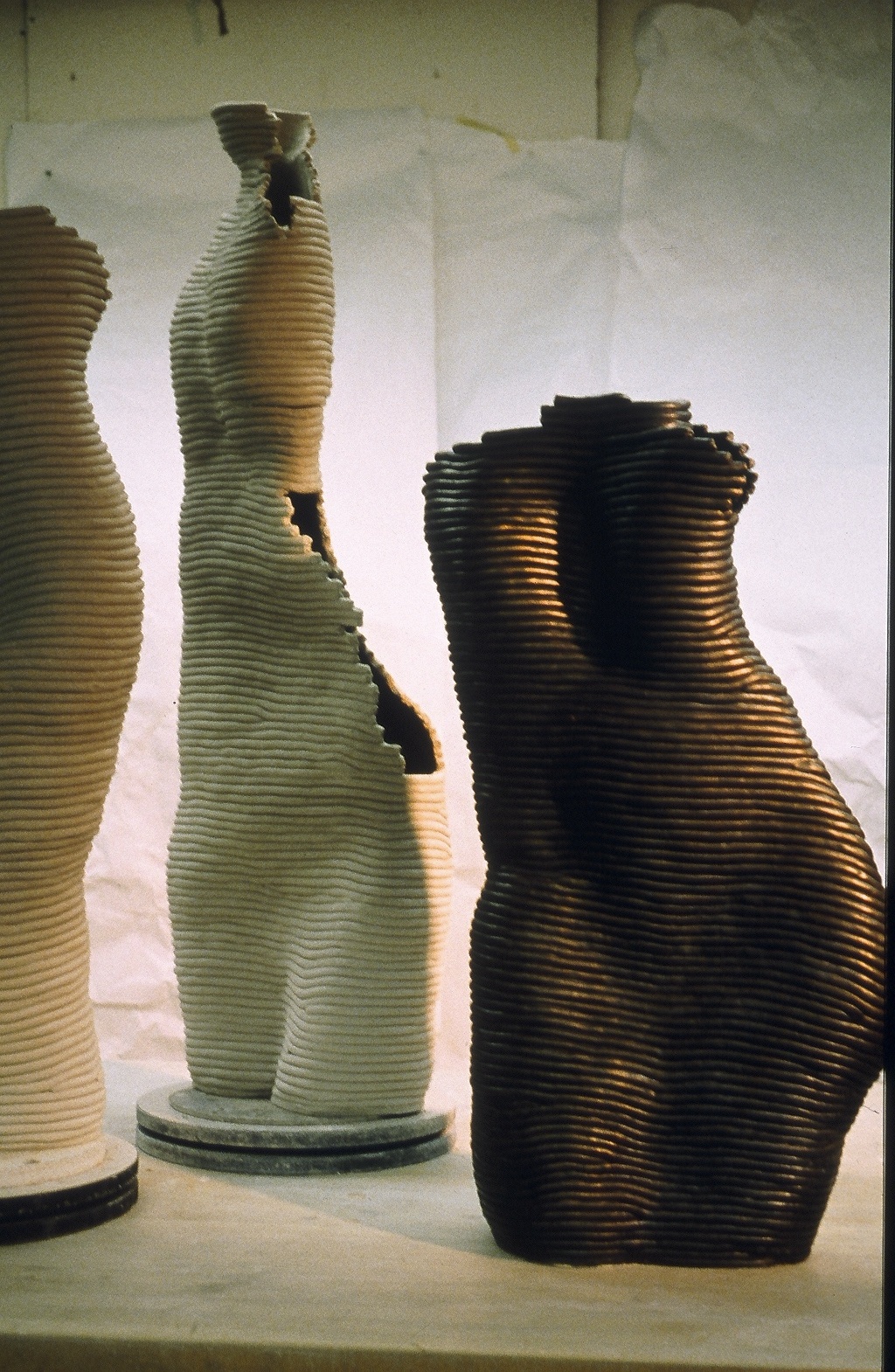 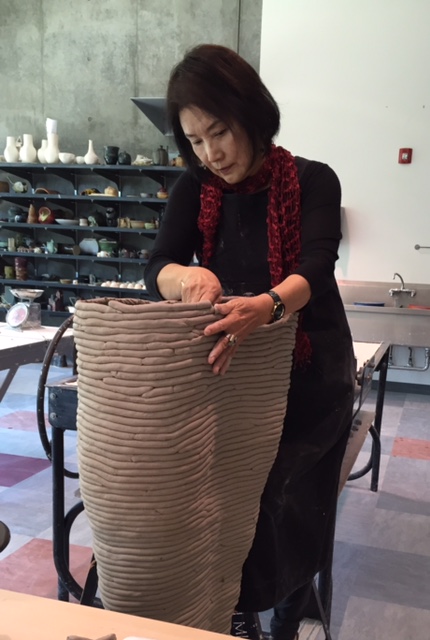 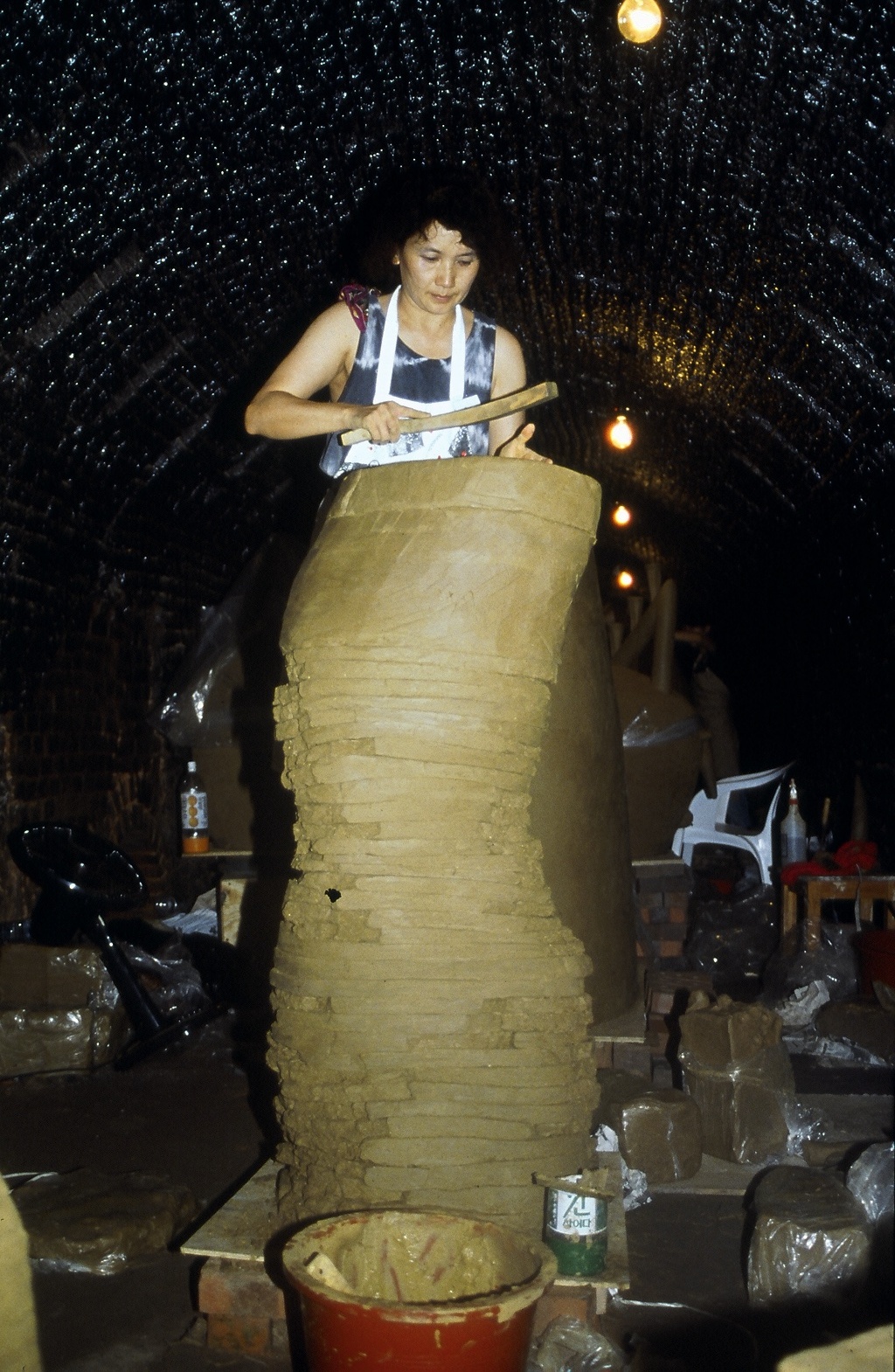 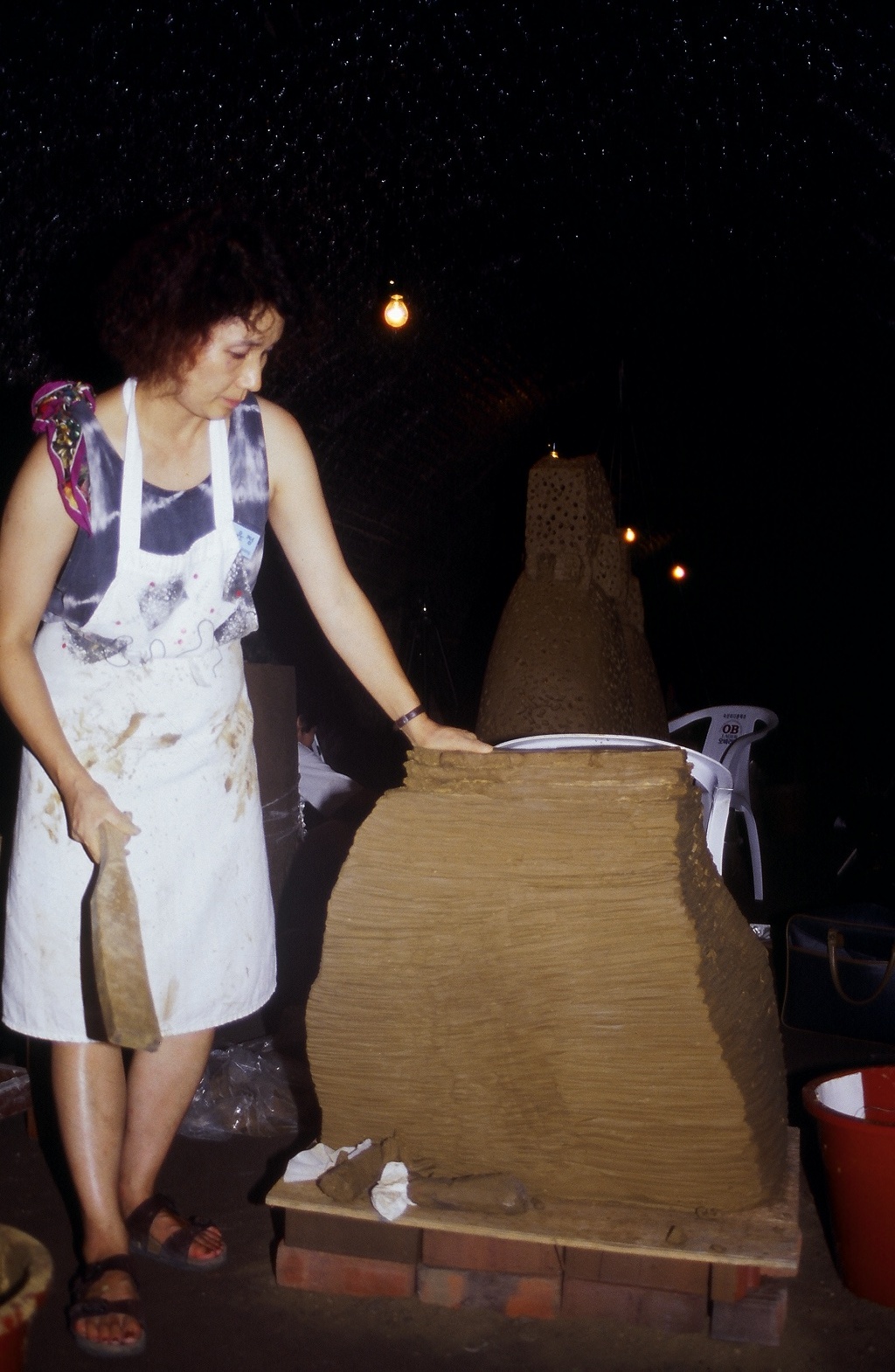